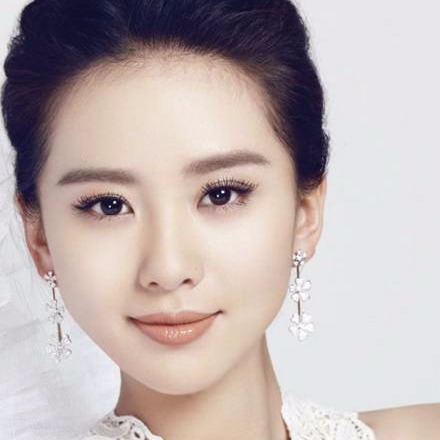 Chinese actress Liu Shishi, also known as Cecilia Liu, is a versatile actor. Liu is best recognized in the entertainment universe for her exceptional performance as Ruoxi in the travel drama series Scarlet Heart.

Born on March 10, 1987, in Beijing, China, Liu Shishi is of Chinese nationality. She used to participate actively in the school plays while she was in school. Shishi was fascinated by ballet, so she took training in ballet at Beijing Dance Academy.

Liu Shishi initiated her acting career in 2005 with the role of Ye Fenghe in the TV series The Moon and the Wind. She appeared in another TV series called The Legend of Lu Xiaofeng.

She gained success in most of the roles that she enacted. As a result, she appeared in other popular TV series like The Fairies of Liaozhai, Chinese Paladin 3, The Heaven Sword and Dragon Saber, Tale of The Oriental Serpent and A Weaver on the Horizon.

Liu’s remarkable performance as Ma’ertai Ruoxi in the TV series Scarlet Heart. She became extremely popular after appearing as Ruoxi. As of September 2017, her last TV appearance is as Bai Kao’er in If We Could Love Like This.

Liu made her movie debut in 2012, playing the role of Li Jiayi in The Next Miracle. That same year, she appeared in another movie called Sad Fairy Tale. She was highly appraised for her performance in both the movies.

Know how much net worth has Bea Alonzo accumulated. Details on her Quezon City house

Liu has starred in different genres of movies like action comedy Badges of Fury and Brotherhood of Blades, romantic Five Minutes to Tomorrow, and history-based movie The Imperial Doctress.

After her recent appearances on TV shows like The Battle at Dawn, Angelo, If We Could Love Like This, etc., she is all set to rock the big screen with her upcoming crime
suspense film The Liquidator, which is going to release in 2017.

Liu and Nicky played each other’s love interests in the first and the second season of Scarlet Heart. Eventually, they began dating in real life and later married too.

Wu and Shishi had registered their marriage on January 20, 2015. Later, Liu and her husband held the wedding ceremony on March 20, 2016, in Bali, Indonesia.

It was the first time that Liu had walked down the aisle, but she was Wu’s second wife. Wu was previously married to Ma Yashu, who is also an actress. Wu and Yashu married from December 2006 to 2009 until their marriage ended in a divorce.

Liu and Nicky remained married for more than two years. And the couple is still going strong as husband and wife. They are yet to become parents.

Bea Alonzo and her enviable figure