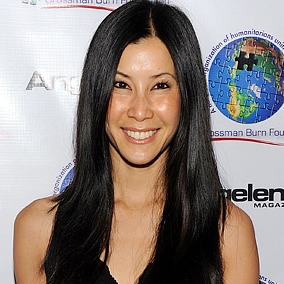 Lisa J. Ling and her husband of a long time, Paul Song, recently welcomed their second baby, a daughter named Ray. Married since 2007, the couple’s happiness had no bounds as they shared it with the US weekly. Their first baby is also a girl.

CNN, Lisa shared the wedding vows with Paul, the president and chief medical officer of CytoTech, on 26 May 2007, in Los Angeles, Union Station. The love story of Lisa, the broadcast journalist and Paul goes way back at Chicago’s Little Company through mutual friend in 2006, where they started dating

Before getting engaged into a marital bond, Paul astonished her by bringing her families to Chicago without informing her to propose. After a year-long attachment of love, the couple moved to the next level of marriage.

After four years of nuptial relationship, they welcomed their first baby girl on March 8, 2013. The baby was named Jett. Later she gave birth to second child, a daughter named Ray on June 6.

Recently, on June 6, 2016, the couple once again experienced the joy of parenthood after Lisa gave birth to another daughter Ray. The baby was born at Providence Saint John’s Health Center in San Monica.

Lisa’s words failed to express her happiness as she felt lucky to have delivered another healthy baby after two miscarriages before Jett was born.

Thank you for all the birthday wishes. Truly blessed.

"We're overjoyed to have our baby girl join the family", Lisa told the US weekly. "Jett is so excited to be a big sister."

Lisa added, "I was never that woman that wanted to have biological kids, ever. And when I finally decide, it was not an easy journey. But I feel very lucky that we've been able to conceive two kids." while talking to People magazine. The couple shared their happiness also through their Instagram accounts.

After all, she has a wonderful life as a host of international news channel CNN and taking care of her two daughters, successfully balancing her heavy professional and personal life. Lisa has successfully played the real life role as a mother and a working woman with poise.

Lisa Ling’s life after marriage has not been less than a fairytale with a husband like Paul Song who is always faithful to his wife. Moreover, the birth of their second baby has filled her life with more joy and happiness. Married since 2007, Lisa Ling is likely to spend the rest of her life happily with her family.