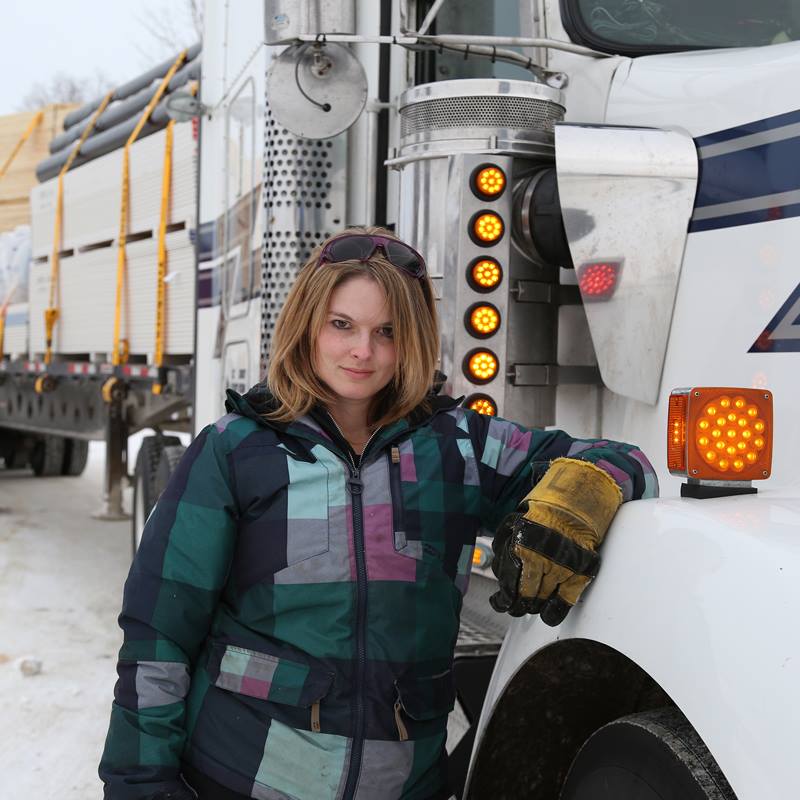 Lisa Kelly came to fame as a reality TV star. Furthermore, she stars as a professional truck driver known for her appearance on the History channel reality series Ice Road Truckers.

Where is Lisa Kelly Now?

Born on December 8, 1980, in Grand Rapids, Michigan, Lisa Kelly moved to Alaska when she was six. Growing up in the wilderness, she was fascinated by the wild adventures of Alaska from a young age and became an ice road trucker.

Starting her driving career with an Alaskan haulage company, Carlile Transportation, she joined Ice Road Truckers as the only female trucker in season 3. After appearing in IRT, she proved her excellence in what is considered to be a man’s job. She appeared regularly in seasons 4 and 5 but took time off in season 6 to be with her family. She returned to her icy road adventure in season 7.

Besides trucking, Lisa has always been passionate about dirt biking and horse riding. As of now, she seems busy pursuing her passion. Perhaps, horse riding is another career choice that Lisa could consider if not truck driving. She owns pet horses with her husband, Traves Kelly, a dirt biker, with whom she got married in 2008 after dating for four years.

What is Ice Road Truckers Lisa Kelly’s net worth in 2018?

Since IRT season 11 ended in November last year, she has been regularly posting photos and videos from her trips and races with horses. According to a normal schedule, the show’s season 12 should have been running at this time, but there’s been no news of it. So, fans have started assuming that the show has got canceled. But, Lisa has said that they didn’t film their journey through the winter roads last year.

The show’s one and only original cast member, Alex Debogorski, also hinted to fans that the new season wouldn’t air in 2018. Now, we hope for the show to be picked up for a new season this winter.