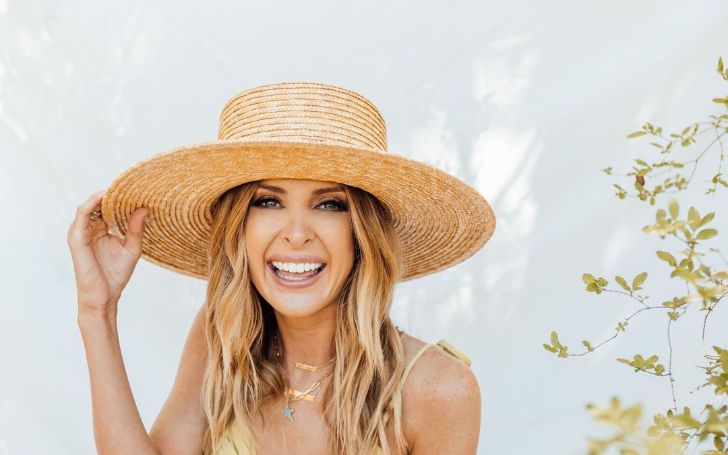 Lindsie Chrisley is an American TV personality and actress. In addition, she is also a podcast host. She hosts a weekly podcast titled Coffee-convos podcast. Moreover, Lindsie also gained fame as a child of a celebrity.

Chrisley also has a second podcast named The southern tea podcast, Lindsie hosts the podcast every Wednesday. What’s more, several brands work with Chrisley to promote their brands. And so, Chrisley earned a massive fortune throughout her career.

How old is Lindsie Chrisley?

Lindsie Chrisley is 32 years old. She was born on September 17, 1989. In addition, Chrisley will celebrate her 33rd birthday in September 2022. Furthermore, Chrisley was born on American soil. And as such, the TV personality, Lindsie, holds an American nationality. Again, The southern tea podcast host comes from a white ethnic background.

Lindsie was born to Todd Chrisley (father) and Teresa Terry (mother). Chrisley has a younger brother named Kyle Chrisley. In addition, she also has five step-siblings from her father’s second marriage.

While Lindsie appeared on her family’s reality TV, she was as popular as her siblings. In addition, she and her father do not have the best relationship. Todd claimed that Lindsie leaked information about his finances to an investigator.

It is no surprise that the Chrisley Family stayed surrounded by drama for a long time. Furthermore, from Lindsie Chrisley’s brother Kyle Chrisley’s interview scandal. Moreover, he later blamed his biological mother and Lindsie in a public social media post.

Lindsie and her father, Todd Chrisley, stopped talking for a very long time. But, as of 2022, the estranged father and daughter have reconciled. Moreover, Todd and his daughter Lindsie accepted the olive branch and started to reconnect with one another.

Todd first broke his silence about his daughter when Lindsie and Will Cambell finalized their divorce. But it wasn’t until Todd and his second wife, Julie Chrisley, were found guilty of conspiring to defraud banks out of $30 million of personal loans did Lindsie reached out to her father.

As of 2022, Lindsey Chrisley is single. However, she was married to Will Campbell. In addition, the couple was married for nine years. Furthermore, Lindsey and Will exchanged their scared vows back in the early 2010s. Please continue to know more about Chrisley and Campbell’s relationship.

Chrisley and Campbell met at Georgia State University. Lindsie was only 19 when she and Will started dating. The pair tied the knot in January 2012. What’s more, Lindsie and her ex-husband, Will, wedded in an intimate ceremony away from view.

For almost a decade, Lindsie and Will, shared a magical married life. Moreover, the ex-couple even welcomed a son named Jackson Campbell in 2012. However, Chrisley announced that the pair would split ways in September 2021.

Chrisley and Campbell agreed to arrange child support and share joint custody of their son. In addition, the former couple split all their properties with each other. Moreover, during this time, Todd Chrisley spoke publicly about the duo’s divorce.

Lindsie’s father also claimed that Will was a wonderful husband to his daughter. Likewise, Todd also stated that Campbell is a great father to his grandson Jackson. Similarly, both Lindsie and Will ended their relationship on good terms and share a friendly relationship.

Life after the Divorce: Campbell and Chrisley

After the divorce, Will Campbell slowly faded away from the limelight. Likewise, Lindsie Chrisley keeps her lovelife hidden from her fans after the split. What’s more, Chrisley started sharing pictures with her child more and more on her Instagram.

Will liked to stay away from the spotlight and after the splitsvill, Campbell all but disappeared from public’s view. Moreover, it remains unclear if either of the two, Will or Lindsie, found a partner yet. And currently, Lindsie enjoys her life as a single mother focusing on her kid and career.

As of 2022, Lindsie Chrisley’s net worth is approximately $1.5 million to $2 million. She makes her primary income as an actress. In addition, Chrisley also is a podcast host.

Chrisley’s relationship with her father was strained when she and her ex-husband married. However, they made up when Lindsie appeared on the family’s TV show. However, the peace did not last long between Lindsie and her family.

Lindsie and her father do not have the best relationship. However, the actress tries to keep her relationship with her son as healthy as possible. In addition, Lindsie lives a comfortable life with her son.

Chisley only has 30 posts on her Instagram. However, most of her posts are pictures of her son. In addition, she also shares a couple of pictures with her dog.

Lindsie uses her social media to share happy moments of her life. In addition, she also uses it to do PR promotions. However, Chrisley does not share private details.