Skip to content
Home » Entertainment » What is Hulk Hogan ex-wife Linda Hogan net worth in 2018?

What is Hulk Hogan ex-wife Linda Hogan net worth in 2018? 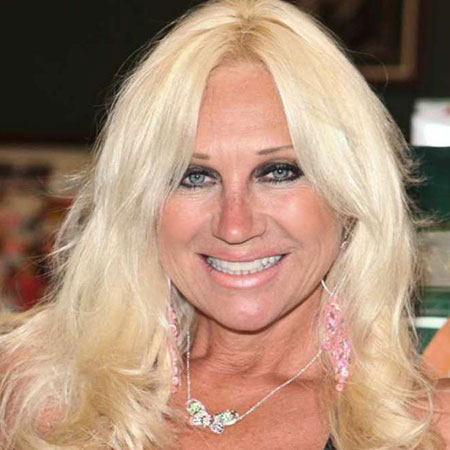 It has been more than a decade since Hulk Hogan and his wife Linda went separate ways.

But still, Linda is well-recognized for being related to the wrestling champ, who conquered the ring during the 80s and 90s.

She got married to the WWE star in 1983 and welcomed two children, Brooke and Nick, together.

She appeared with Hulk and their two children in the VH1 reality show, Hogan Knows Best.

After more than two decades of the turbulent relationship, Linda finally filed for divorce in 2007.

The lengthy divorce wrestle was settled in 2011; she obtained a little more than 70% of his liquid assets and 40% ownership of his companies.

Moreover, she also received $3 million in a property settlement and $7.44 million of the couple’s $10.41 million held in bank accounts.

In 2008, she hit the tabloids after moving on with her toyboy, Charlie Hill (19 years old then), who proposed to her in an episode of ‘Couples Therapy.’

The couple’s four years of togetherness ended in May 2012, but the drama didn’t end there.

Charlie sued her for $1.5 million citing the heavy quantity of menial labor that Linda made him perform while they were in a relationship.

After enduring a chain of ups and downs, Linda is living her life in peace away from controversies and is focusing on philanthropies.

In recent years, she seems focused on animal rights advocacy. Her social media pages are filled with posts about rescuing animals.

She runs a farm called Sunny Girl Avocados which is located in Southern California.