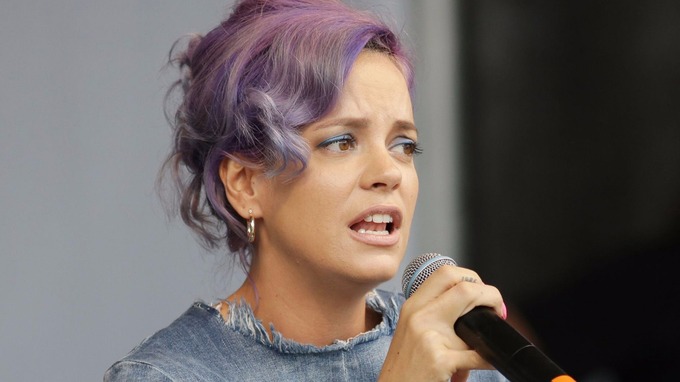 Lily Allen has confirmed that her appearance on BBC’s Newsnight was axed after she claimed that the true death toll of the Grenfell Tower fire is being covered up by authorities.

The singer was scheduled to appear on Newsnight on Thursday, June 15, but it was canceled after her shocking interview earlier that day where she accused authorities of dishonesty and downplaying the horrible tragedy.

On Twitter she wrote, “I’m sad to say @ BBCNewsnight just cancelled me for tonight’s show. They have someone from the council coming on instead.”

During an interview with Channel 4, Allen said that the government is trying to “micromanage people’s grieving.” She told the interviewer, “If we are talking about bringing reality into these people’s lives, I think what people would really like is a more honest count of how many people have actually died in this event, how many people have been killed.”

She went on to say that the number given to the public by the media is a far cry from the true figure, which she says is “much closer to 150.”

According to news outlets, the death toll has reached 30 and several people are still missing.

On Twitter, the singer accused authorities of gaslighting the locals. She wrote, “If ever there was a symbol for the #gaslighting of the British people, it’s a burnt out high rise in West London.”

Allen went on to tweet a series of thoughts about the incident. 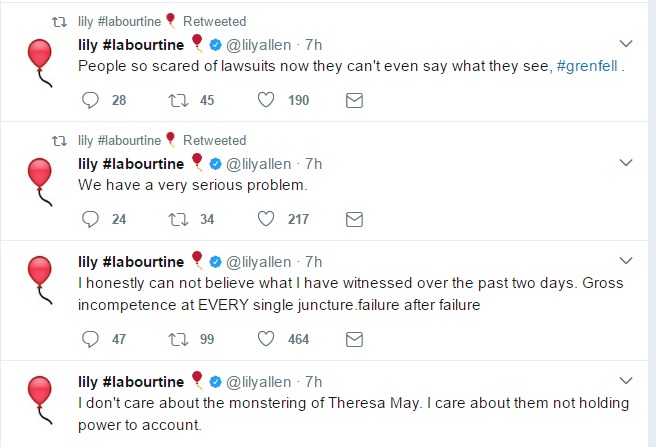