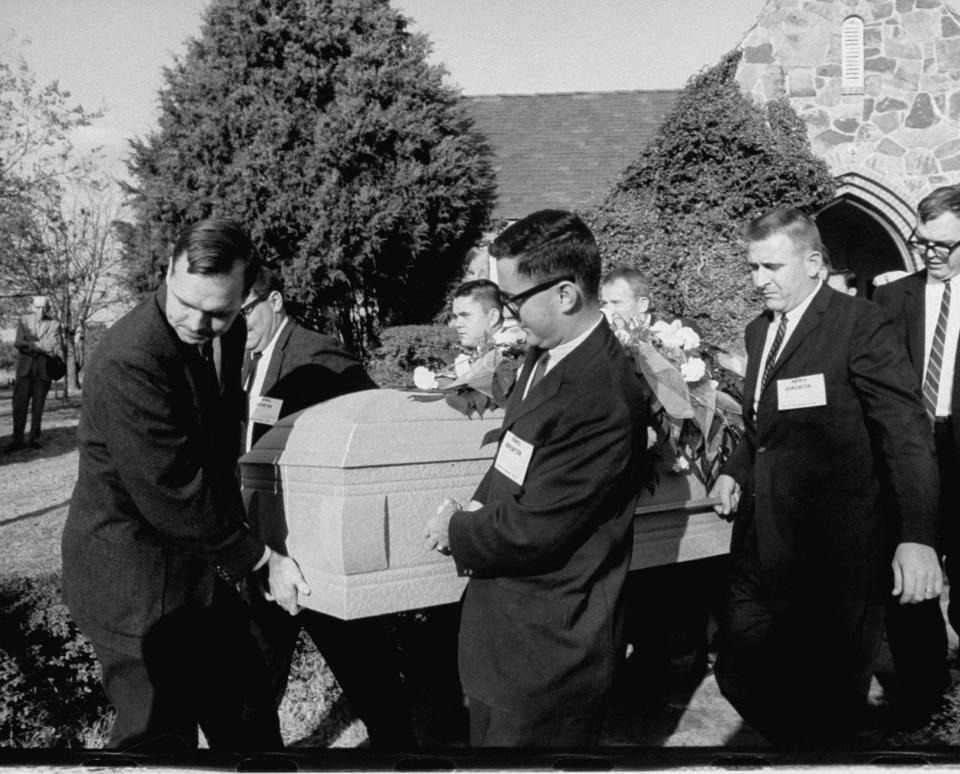 Lee Harvey Oswald was murdered by a Dallas-based nightclub owner, Jack Ruby, two days after he assassinated president John F. Kennedy, i.e. on November 24, 1963.
Oswald was killed while he was being taken to the county jail from Dallas Police Headquarters.

Oswald was buried in Fort Worth’s Shannon Rose Hill Burial Park. No mourners were present at Oswald’s funeral. Out of decency, the reporters present there were obliged to perform the act of pallbearers.

Oswald did not rest peacefully. He was exhumed by some forensic investigators in 1981 as they believed a Russian body double had been buried in place of Oswald. It was confirmed that it was indeed Oswald who was buried after the body’s teeth were compared to dental records.

The original headstone of Lee Harvey Oswald, which was a simple granite slab bearing his full name, date of birth and a cross, was stolen in 1967 by some Oklahoma teenagers as a prank. It was returned to Oswald’s mother, Marguerite Oswald, after the police found it. Marguerite had stashed it away in her home in Fort Worth.

Marguerite died in 1981, and her home was acquired by a family who was unaware of the tombstone. Later, an electrician discovered it while working in the home. Initially, the family gave away the tombstone to other relatives, but it re-appeared in Wayne Lensing’s Roscoe museum of historic automobiles and memorabilia.