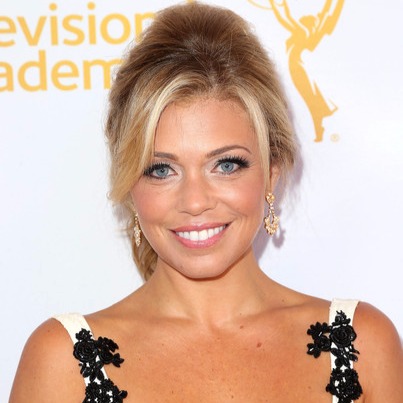 Lauren Sivan is an American news anchor and reporter working for Los Angeles-based TV network Fox 11 News. She has previously served as an entertainment reporter at Fox 11 News show Good Day LA. Lauren has also appeared as a regular panelist on the popular Red Eye.

Lauren Sivan was born on the 6th of April, 1978, in southern California as Lauren Paige Sivan to mother Jackie Sivan. She has an older sister named Margot Sivan and two nieces, Marlee Serena-Rose and Maci.

Sivan is a George Washington University graduate with a Bachelor’s degree in Broadcast Journalism and Political Science. She later received an advanced certificate in Homeland Security from Long Island University.

Fans adore her upbeat personality and down-to-earth demeanor. She was even named New York’s Funniest Reporter in 2010.

Lauren Sivan rose to fame with her racy yoga segment

Lauren Sivan’s Yoga News days are behind her. Still, fans can’t help but reminiscence her infamous yoga segment where she posed in intriguing positions, which garnered her the nickname “The Dancing Shiva.”

The reception was mindblowing. Most of the fan mail to the show included compliments about her yoga sessions, emphasizing the tattoo she had on her lower back, which viewers jokingly referred to as a “tramp stamp.”

But Lauren seemed rather embarrassed by the tape and was reluctant to have it played during her 2013 appearance on Red Eye.

However, the Fox reporter has moved on. Currently, she is working for KTTV’s 5 pm newscast called Studio 11 L.A.

On October 6, 2017, it was revealed in a Huffington Post report that Hollywood mogul Harvey Weinstein had sexually harassed Sivan in 2007. Weinstein has fired from his company shortly after, and several similar allegations from many actresses, including Ashley Judd, Angelina Jolie, Rose McGowan, and Cara Delevigne, have come forward.

For those asking why I waited?
YOU try telling that story 10yrs ago. Only possible now because of women with bigger names far braver than me

Sivan later appeared on TODAY, where she detailed the horrible incident. Weinstein cornered her, exposed himself, and asked her to “be quiet” as he pleasured himself.

“I could not believe what I was witnessing. It was disgusting and kind of pathetic, really. But more than the disgusting act itself, which of course was gross, the demeaning part of it all — that just 20 minutes earlier, he was having this great conversation with me, and I felt so great and flattered by it,” Sivan told Kelly.

Lauren Sivan has a boyfriend!

She was previously in a relationship with Fox News senior correspondent Rick Leventhal. She is presently dating a guy named Todd Oren.