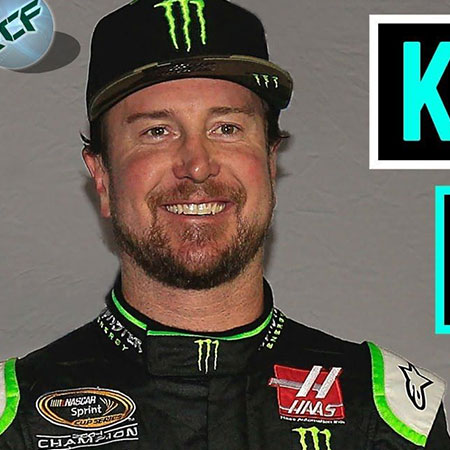 He was born on August 4, 1978, in Las Vegas, Nevada, to Thomas Busch, former NASCAR driver, and Gaye Busch, a public school employee.

He attended Durango High School and enrolled at the University of Arizona, with the hope of becoming a pharmacist, in case his racing career did not pan out.

Busch began his racing career at the mere age of 14 as a Dwarf car racer at the Las Vegas Speedway Park.

In 2012, Busch went to drive for Phoenix Racing.

He joined Stewart-Haas Racing in 2013 and has been a full-time driver for the NASCAR, driving the No. 41 Chevrolet SS.

He has bagged several awards for his remarkable achievement in the game.

He is the 2004 NASCAR Nextel Cup Series and 2010 NASCAR Sprint All-Star Race champion.

A race between Joey Logano and Kurt Busch was featured in a special episode of ‘Fast N’ Loud’ on Discovery on November 20, 2017

On February 2015, he was suspended from all NASCAR activities for allegations of domestic violence against his ex-girlfriend, Patricia Driscoll.

However, on March 11, 2015, the suspension was lifted. Subsequently, he got engaged to a former model and polo player, Ashley Van Metre.

The couple finally tied the knot on January 7, 2017, on the Caribbean island of Saint Barthelemy.

As of 2018, his net worth is estimated to be around $50 million which makes him one of the wealthiest NASCAR drivers.