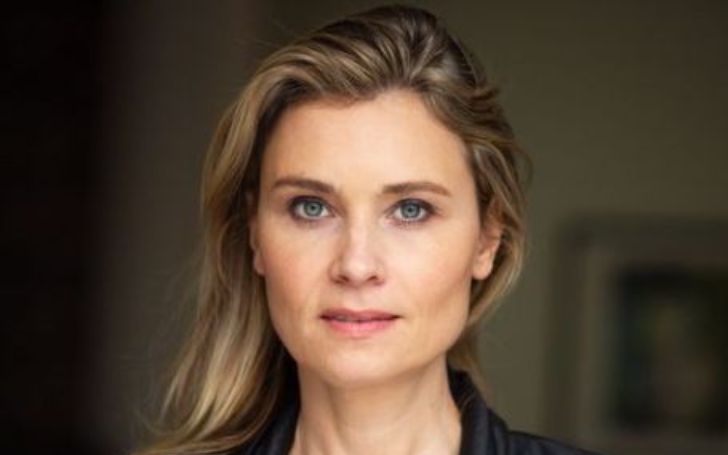 Kristina Klebe is an American actress. She has acted in multiple movies and TV shows and as a voiceover artist. Kristina is mostly known as Lynda in the remake of ”Halloween” in 2007, which gathered a huge fan base.

Moreover, a director and producer of Virtual Reality, Action, Underwater, and Horror fiction. Likewise, to know more about Kristina’s bio, career, and net worth, stay tuned with us until the end of the article.

Kristina Klebe was born on June 18, 1979, in New York City, USA. Moreover, the talented actress Klebe holds an American nationality and comes from a white ethnic background. Furthermore, Kristina is currently forty-two years old and has a star sign of Gemini.

Kristina’s mother, Irmingard (nee Krekel), Klebe, is a philanthropist honored in the National Order of the Legion of Honour. Her father, Joerg Klebe, is an Emmy Award nominee for TV and documentary producers. Klebe has no siblings as she is the only child of her parents. Klebe is the niece of Pierre Brice, the french actor famous for the Native American novel Hero Winnetou.

Klebe’s parents are European immigrants from the USA. She spent most of her childhood and teenage in Germany, France, and Italy. Klebe is fluent in English, German, French, and Italian languages.

Klebe is 5 ft 8 inches tall and weighs about 132 lb 4.438 oz. She is a fit person having a slim body. Kristina’s astrological sign is Gemini, and her eye color is blue. Klebe is a trained theatrical singer. She got her advanced PADI rescue diver certificate at Palapa on the beach near Tulum, Mexico.

How Kristina Started her Career

Back in her school days, Klebe learned after-school acting classes. She started her acting in several noteworthy off-broadway stages. Klebe has acted as Juliet in ”Romeo and Juliet”, Mary in ”The Verge”, Jill ”The Big Funk” at Soho Rep, The Public Theater, NY Theater Workshop, 59E59, The Jean Cocteau Repertory, and the Underwood Theater in NYC.

Klebe started her movie career in 2004 as Ruth Lacey in ”She Hates Me”. After that, she was featured in several movies: Delirious, Blink, Halloween, Zone of the Dead, Desperate Endeavours, Proxy, The Last Heist, and Hellboy. Similarly, TV shows like St. Angela, Rescue Me, Criminal Minds, Real Husbands of Hollywood, and Her Dark Past are others.

Klebe is a Voiceover Artist whose voices can be heard in-game franchises like Call Of Duty (Greta) and Wolfenstein 2 (Frau Helene). In the same vein, Iesodo: Beleive (mother duck), The American Dad (Italian Grandmother), Anthem (Vara Brom), and Friday the 13th (Jenny Myers).

How is Kristina as a Director, Producer?

Kristina directed and produced two short movies, Daddy’s Little Girl and As Human As Animal. However, she has made several movies like ”I Am Fear” as a co-executive producer, ”Killer Mermaid” as an associate producer, ”Asenna” short movie, and ”BreadCrumbs” as a co-producer.

Furthermore, Klebe has shot dozens of open-heart surgeries for Doctors Without Borders, Surgeons Of Hope, and Open Hearts Haiti.

Meanwhile, she has been associated with a charity organization, French-American Aid For Children, for ten years. Kristina is also a volunteer and foster parent at Best Friends Animal Society and Much Love Animal Rescue.

What is the Net Worth of Kristina Klebe?

She had earned much as a successful actor, director, and producer, with an estimated net worth of $5 million. The average salary of actors is $58,336, but it varies between $48,072 and $71,225. Notably, her primary source of income is a successful actor.

Kristina is a reserved person. Thus, her other assets remain hidden. She has a huge fan following on social media. 57.9k followers on Instagram and 5,246 followers on Twitter through her Facebook remains private.