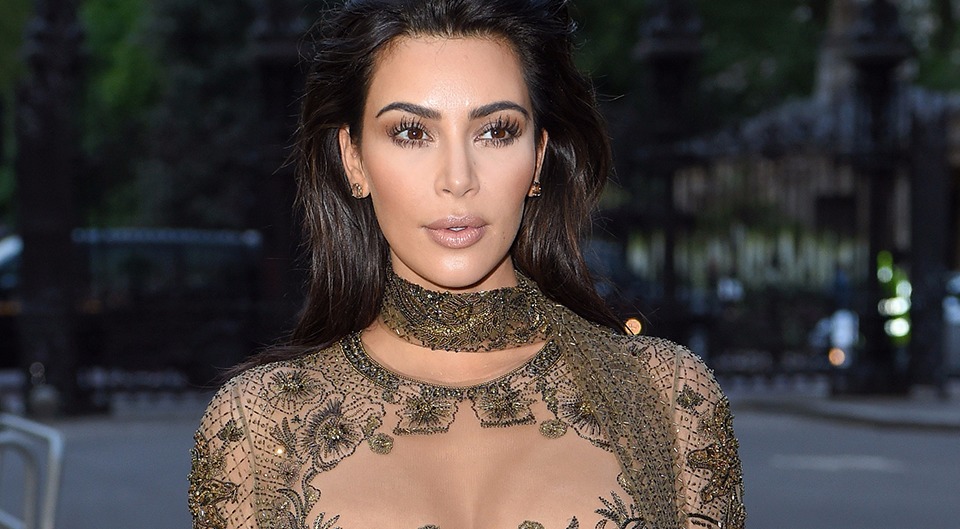 Keeping Up With the Kardashians star Kim Kardashian West has lost several million euros after being robbed at gunpoint in Paris hotel room. The robbers are said to have tied her up before escaping with estimated ten million euros worth jewels.

A close rep to US reality star said, Kim was left badly shaken but unharmed physically. French media reports claimed the masked five robbers disguised in as police officers found Kim in the bathroom when they hit.

Kim has been spotted leaving Paris a few hours after being robbed. The reality star was seen stepping into her private jet this morning. She was seen boarding her jet with her personal bodyguard and assistant, hiding her face with a long black scarf.

She seemed glued to her mobile phone as she sat on the jet awaiting take-off, maybe she was eager to reunite with her husband, rapper Kanye West.

Last night, Kanye stunned fans stopping his performance in New York after being informed about wife’s shocking ordeal. Later he apologized to his fans in Queens saying, “I am sorry I have a family emergency, I have to stop the show.”

Reportedly, Kim had a gun held to her head as masked robbers entered her hotel room in early hours in the morning. Some sources claim that men cuffed hotel’s night guard & forced him to lead them to the reality star’s room.

During the terrifying ordeal, those police-dressed men held a gun to her head and tied her up before locking her inside bathroom so they could run away with her jewelry collection (including $4 million worth ring and $6 million worth jewelry box).

Along with jewelry, Kim is also said to have lost her two gifted smartphones – that are likely to contain a great private information.

After exiting from Kim’s room, they allegedly bound the building’s guard before managing to escape on bicycles.

A photographer, who’s been following the reality star since she arrived Paris is being asked by Police. He allegedly gained access to a restaurant where Kim and her family were enjoying dinner earlier this week dressed as a policeman. The Paris police confirmed there’s robbery involving Kim Kardashian but she was left unharmed, & an investigation was ongoing.

Earlier this week, she had a scare of a different kind as a celebrity prankster named Vitalii Sediuk slipped past security and tried to attack her – seemed like making an attempt to plant a kiss on her famous derriere.

E! News confirmed that just before hours of a horrible incident, she was documenting her day via Snapchat. Kim has always been making headlines with varieties of events happening around her.