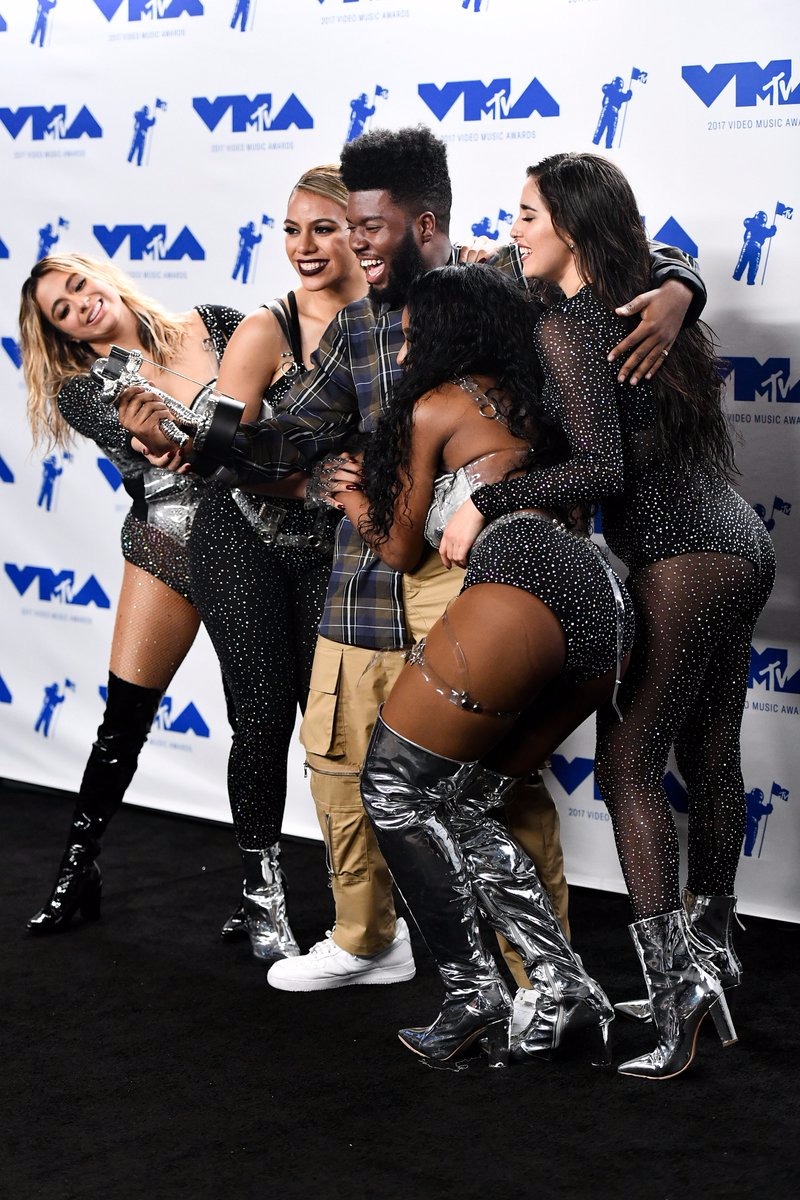 Young, Dumb and Broke singer Khalid was awarded the Moon Person for the Best New Artist at the 2017 MTV VMAs. He won his nomination amidst tough competition from SZA, Julia Michaels, Kodak Black, Young M.A. and Noah Cyrus.

He was photographed celebrating his VMA win with the Fifth Harmony girls, including Normani Kordei who had a cameo in his Young, Dumb and Broke music video.