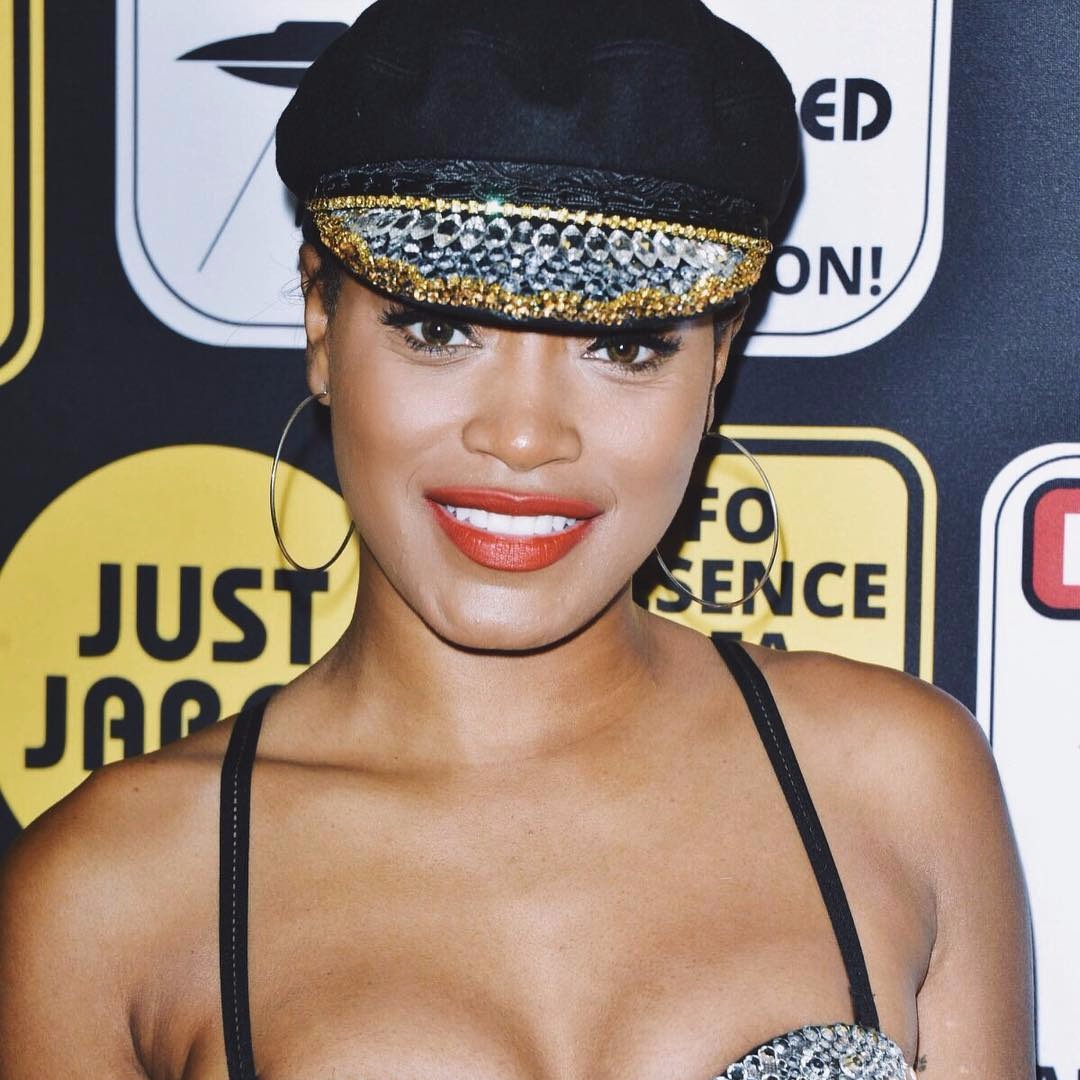 Keke Palmer is a phenomenal singer and actress, most popular for her performance in Akeelah and the Bee. Her first debut album was “So Uncool.”

Keke Palmer is passionate about her looks and hair styles.

On September 10, 2016, she wore a waist length, straight red hair for Drake and Future Summer Sixteen Concert at Staples Center. She attended the 2016 Teen Choice awards in her shoulder length curly choppy bangs.

The one hairstyle that captivated us was of 9th Annual Essence Black Women in Beverly Hills where she wore black braids (half-up, half-down) to a waist length.

Keke’s family members paid especial attention in hair styling and maintenance. Keke received inspiration from them to relax her hair and how to best maintain her strands.

In an interview, she said, “I grew up around women who were into hair, so I’ve always been very into taking good care of it.” She added, “If I’m wearing extensions, I wash it every couple of weeks or every three weeks, depending on how much product I’ve been putting into it.”

Keke Palmer’s upbringing harnessed her into a successful entertainer

Keke was born to parents Sharon and Larry Palmer on August 26, 1993, in Harvey, Illinois. On her own words, her childhood “was a blast”. In an interview, Keke mentioned, “My family and I are always trying to figure out what’s bothering us, why we like this, and why we don’t like that. It’s just totally our thing.”

Her family was supportive of her when she decided to pursue acting at 10. Her parents even moved to California to make sure Keke got everything she wanted to focus on her film project.

Keke fondly remembers the time when his father became a deacon. She recalls “They always remind[ed] me that God is love, God loves you and at the end of the day, do good onto others. They always created an environment to feel encouraged and loved and to have the freedom to make mistakes.”

Keke Palmer has been surrounded by a few relationship rumors

Rumors are flooding in that the 23-year-old Keke might be pregnant. Some of her fans speculated a “possible” baby bump and figured out that she was toasting a glass of water in an event. After all, pregnant women avoid alcohol!

Keke has not married yet. She certainly has been titled “a husband stealer” a few times. Most recent was when she talked about her childhood crush on Cory Hardict, whose wife Tia Mowry later took to twitter that it was “not cute”. While Keke cleared the gossip by reiterating that the crush was of her 10-year old self.

Keke Palmer is an inspiring musician/singer

If you hadn’t already known, Keke is huge on music. Her first studio album “So Uncool” was praised for its bouncy and melodic appeal. One of her popular singles includes “I Don’t Belong To You” which earned her a few headlines and magazine interviews. She is believed to have aspired from Beyoncé, Michael Jackson, Mariah Carey, Ciara, Whitney Houston among other American R&B singers.

Regarding her songs, Keke declared in an interview “It’s such a great feeling to hear a song that tells a message or a story that I want to share, and actually be able to put my voice on it, and not feel like I’m wearing a suit but to instead become the song and become the emotion behind it.” Follow her at @kekepalmer for more updates.