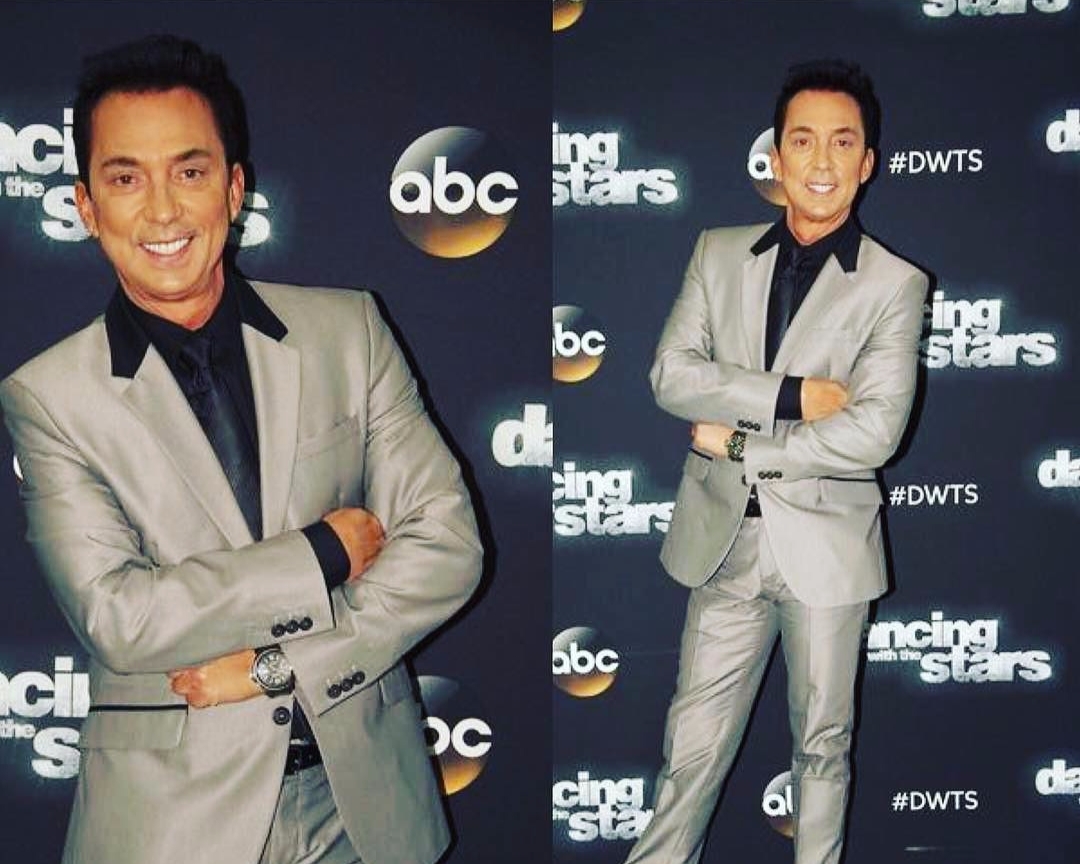 Bruno Tonioli, an Italian choreographer as well as dancer, is best known as a judge of Strictly Come Dancing and Dancing With The Stars. He is also the co-creator of DanceX, Dance War: Bruno vs. Carrie Ann.

Born on November 25, 1955, he is currently 60 years old. Native of Ferrara, Italy, he holds an Italian nationality.

His parents were Werther, who was a bus driver and Fulvia, who used to stitch car-seat covers. His family used to live with his paternal grandparents.

Bruno is fluent in Italian, Portuguese, French, English and Spanish language. Information about his schooling is not known but it is said that he used to get bullied.

He was very much interested in dancing in his youths and became the member of the Paris-based company La Grande Eugene then, Lindsay Kemp Company where he served as a freelance dancer.

Career and achievements of Bruno Tunioli

He was very much leaned in choreographing music videos and stage shows and has done it for artists like Tina Turner, Elton John, Sting, The Rolling Stone, Sinitta, Freddie Mercury, Dead or Alive and many other.

He was closely associated with Bananarama production. He got an opportunity to choreograph Arcadia’s music video for the song Election Day and it was mentioned in the documentary called The Making Of Election Day.

He have showed his talent in movies like Ella Enchanted, Little Voice, The Gathering Storm, Dancin’ Thru The Dark, What A Girl Wants, Enigma and The Parole Officer.

His TV shows credits include Blonde Bombshell, The Body In The Library, The Bare Necessities and Scarlet Pimpernel. Theatre credits are La Vie Parisienne, Godspell, The Man Who Thinks He’s It and Forbidden Passion.

He is currently the judge of the U.K. dance TV series Strictly Come Dancing and also in its American version, Dancing with the Stars.

Owner of huge net worth, Bruno Tonioli has danced shirtless

As a choreographer, he has accumulated a huge net worth of $10 million. In addition to his earnings as a dancer and choreographer for stage and screen, he is estimated to earn $30,000 per episode as a judge on Strictly Come Dancing and Dancing with the Stars.

His stint on Dancing With The Star includes his shirtless dancing too. He joined the contestants on the dance floor but without a shirt. He took off his black leather jacket showed some of his moves with Sean Lowe and choreographer Peta Murgatroyd.

He showed off his hot physique and the crowd went crazy. His fellow judge, Carrie Ann Inaba gave him 10 points in jest.

Bruno Tonioli has a long-time boyfriend. Are they getting married?

Tonioli has been in a committed, long-running relationship with his partner, Jason Schanne, for years. They have been together since 2012 and are still committed to each other but they haven’t opened about their plans regarding marriage.

They didn’t hide about their relationship and hope they won’t hide of their marriage plans either. More about Bruno Tonioli can be read from his bios and can be followed on social networking sites like Twitter and Instagram @BrunoTonioli.