Skip to content
Home » Entertainment » Has Kathryn Tappen moved on after divorce with husband Jay Leach? Is she dating anyone?

Has Kathryn Tappen moved on after divorce with husband Jay Leach? Is she dating anyone? 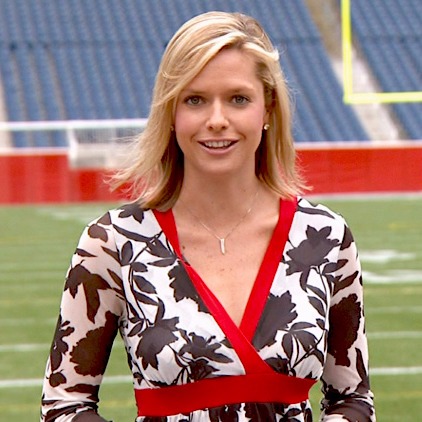 Kathryn Tappen and her husband Jay Leach have been divorced for over two years.  The NBC Sports host is not so keen on sharing details about her personal life, especially about whom she’s dating.

At the age of 36, Tappen is one of the most attractive women on NBC Sports and fans are eager to know who will be the lucky man to date this American beauty. Read on to find out more!

Out of so many sports that Kathryn covers, she mostly adores hockey. So much so, that she even married a hockey player!

They first met during the National Hockey League in January of 2005 while Kathryn was reporting. The chemistry flared up soon after their first meeting, and they began dating. During their married life, they were seen together publicly more than often. Also, she never hesitated from praising her husband’s supportive nature in the media.

Kate Snow married for status- Who is her ideal husband?

Kathryn even said,” I think he’s really proud of what I’ve achieved and what I’ve accomplished. We’re both incredibly supportive of each other…But I think the bottom line is no matter what sport I’m covering or what channel I’m on, he’s going to support me.”

As a matter of fact, last July would’ve been the 7th anniversary of their wedding, but unfortunately, they separated. Kathryn was spotted without her wedding ring in early 2015, and soon after this, she revealed that she had divorced her husband of more than six years.

The reason behind the divorce was not revealed to the public. Besides, neither Kathryn nor Jay commented on their separation.

Does Kathryn Tappen have a boyfriend?

Tappen is reportedly single. Looks like the New Jersey native is busy doing her best on television right now. She’s at the top of her game on NBC Sports and also covered the happenings of the Winter Olympics from Pyeongchang, South Korea in 2018.

“While Jeremy and I continue to be good friends, what he said was unacceptable, especially among workplace colleagues. I do not condone his comments.” Jeremy was later suspended by the network.