Skip to content
Home » Entertainment » Giuliana Rancic Life After Breast Cancer: Her over the top net worth is result of a successful television career or is she involved in other ventures? Her salary?

Giuliana Rancic Life After Breast Cancer: Her over the top net worth is result of a successful television career or is she involved in other ventures? Her salary? 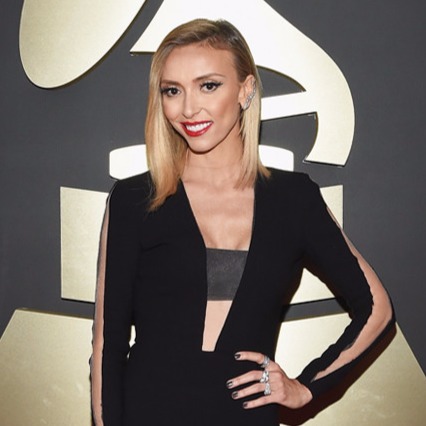 Guiliana Rancic’s career is unaffected by her cancer diagnosis. She’s still banking a big salary to add to her net worth of $8 million.

Giuliana Rancic is popular as a co-host of E! Network’s Fashion Police. Rancic joined E! Network in 2005. She was seen co-hosting high-profile events like the red carpet, Golden Globes, and Academy Awards.

Giuliana is also a well-known reality superstar of reality TV show ‘Giuliana and Bill’ in which she was seen along with her husband, Bill Rancic. She left E! Network on July 10, 2015, after a decade-long tenure. Rancic got involved with NBC network while hosting Miss USA and Miss Universe pageants.

Her personality, gorgeous face and hosting skill have impressed many of her fans. Rancic won Daytime Emmy Award for Fan Favorite in 2014 which shows fan’s immense love towards her.

She is one of the most successful celebrities on television. Her annual salary was reported to be $1 million but since she has left E! Network, there may be a slight effect on her income. But, she is a smart business woman. She launched her own clothing line, G by Giuliana in 2013 which was a success. Then, she went on to launch a wine line, Xo G.

Are you wondering why she’sa smart business woman? It’s because she gets paid just to pose with products. She makes an amazing $25K a week for this. $25K just for posing!! That’s absolutely awesome.

So, anchoring, clothing lines and product advertising has earned her an estimated total net worth of around $8 million. She recently bought a lavish new house with her husband in Chicago.

To possess such an over the top net worth the 41-year-old diva must have gone through a lot of hard work. But right when she was enjoying life to the fullest with her family, she was diagnosed with breast cancer. She was 37 at the time.

We are quite aware of her struggle with her illness as she chose to be open up about it. She underwent a double mastectomy and reconstructive surgery on December 13, 2011.

Giuliana embraced it as a challenge and took an oath to not give up. She came to know about the cancer at an early stage so she survived it with various treatments. Her husband was really supportive during her hard time.

The recovery entailed timely blood works and routine doctor’s appointments. Giuliana returned to E! just two weeks following the big surgery.Later, she collaborated with Save Lids to Save Lives to raise money for a breast cancer campaign.

Giuliana says that the disease has changed her perspective towards life. As a breast cancer survivor,she is actively spreading awareness on different platforms.Giuliana Rancic’s net worth and salary continue to grow as she advances her career in the entertainment industry post her breast cancer struggle.