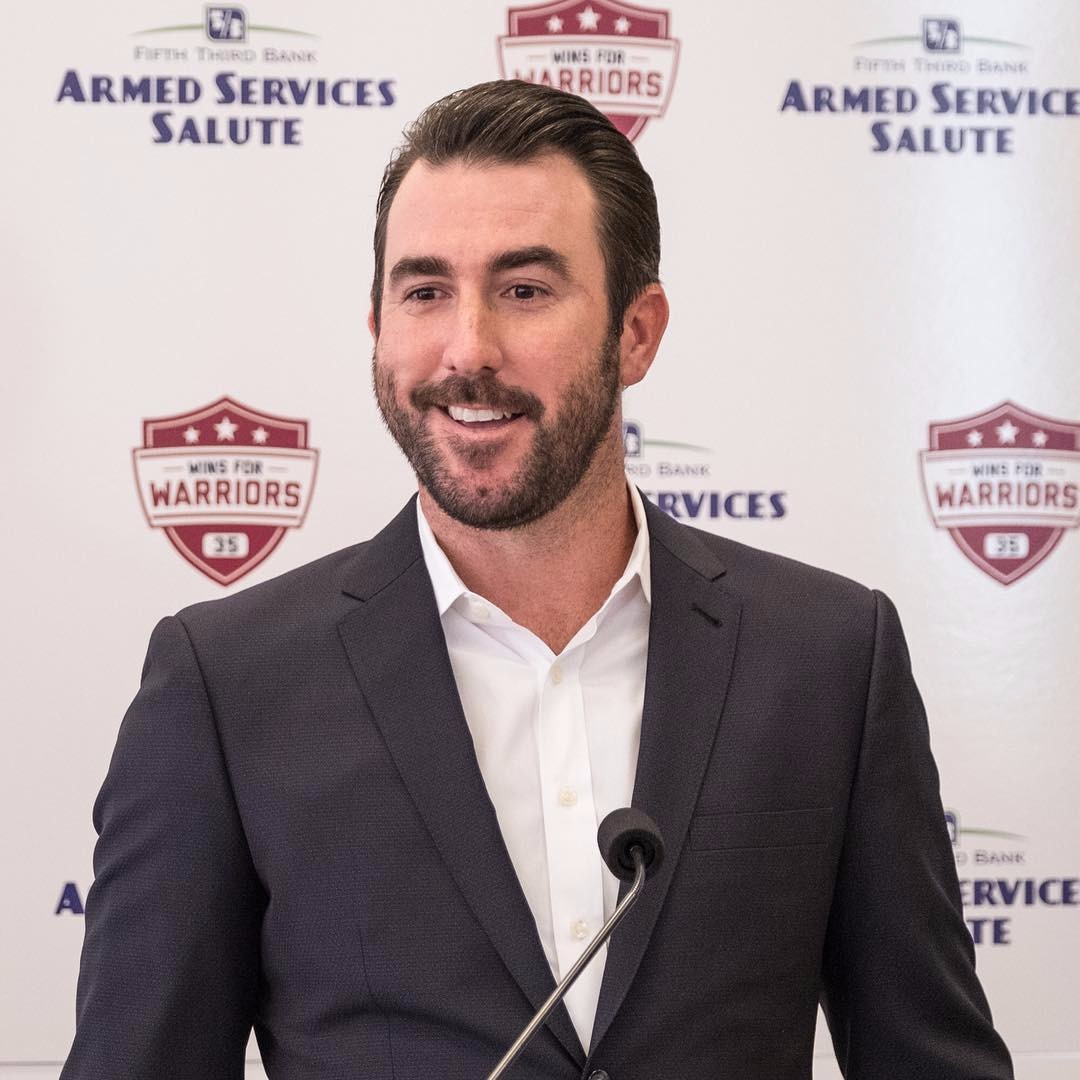 Few things in sports are more electrifying than a baseball pitcher in total control. And when the fans of Detroit Tigers buy a ticket to watch Justin Verlander start, there is a good chance that the fast throw is what they will see.

With three off-speed pitches and triple-digit fastball, Justin’s throws for strikes has made him the Cy Young Award & the MVP award winner.

Justin Verlander was born on February 20, 1983, in Manakin-Sabot, Virginia, United States. Justin has formed a very tight-knit bond with his parents, Kathy & Richard and his brother Benjamin, and also it was his father who sent him to The Richmond Baseball Academy. And rest is history!

Over the last decades, Justin Verlander’s dominance is as fleeting as his fastball. With Verlander, it isn’t just about the velocity. He has reached 102 mph, which is quite impressive as well.

Currently playing for the Detroit Tigers of Major League Baseball (MLB), it’s his timing of throwing fastest pitches, that has routinely led his team down on the century mark by throwing 100 at pitch No. 100, making him amongst the rare pitchers whose velocity increases during the late innings.

Justin has reached triple digits in the 9th inning of both his career as no-hitters and pitcher- one in 2007, then in 2011 & with a full complement of off-speed pitches, he has recognized himself as one of the game’s best starting pitchers.

Need proof? Then look no further than his two awards in 2011: AL CY Young and the MVP, and not to mention his career stats.

Justin Verlander’s net worth, his injuries and much more!

The Detroit Tigers star has been injured several times, one included his two months break from baseball due to triceps issues, in 2015. But for now, Justin is in good health and is playing marvelously for the Detroit Tigers.

Engaged to girlfriend Kate Upton: Any plans on getting married?

Picture perfect lovebirds, Justin Verlander and supermodel Kate Upton got engaged in May 2016. And that’s not it; they are planning to get married very soon! It looks like Justin and Kate are taking their relationship to next level.

Justin and Kate dated for nearly three years before the news of their engagement surfaced in May of 2016.

Although the date of their wedding hasn’t been finalized yet, we are pretty sure that it is coming soon! Because lately the newly-engaged couple was seen searching for a new house in Beverly Hills in August of 2016.

Also, Kate Upton is a true lady; when Justin Verlander lost the prestigious 2016 Cy Young Award for the Best Pitcher of the Year to Rick Porcello, she wasn’t a happy camper and tweeted: Hey @MLB I thought I was the only person allowed to f*** @ Justin Verlander?!’, on her Twitter account.