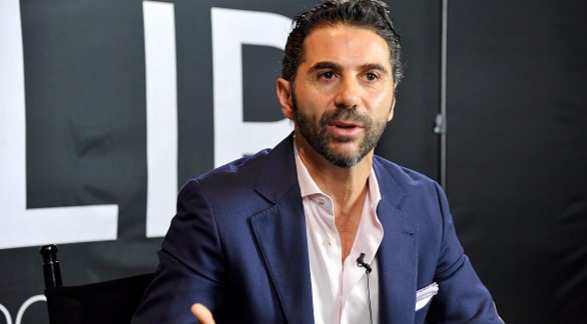 Jose Baston is a businessman and a media mogul hailing from Mexico. The handsome hunk is the head of the largest group of media in Latin America, Televisa, since 2001 February. Alongside his individuality as a businessman, he shares familiarity with the world as a perfect half of American actress, Eva Longoria.

Jose Baston has already celebrated his 48th birthday in reference to his date of birth as 13th April 1968. He was born in Mexico City, Mexico.

Jose Baston, the President of Televisa

Jose has worked his way up to the respected position of President of Televisa, Latin America’s largest media & entertainment company. Jose is known to have great contribution in taking the company to this status.

He played a crucial role in developing Televisa as the largest media company in Latin America by helping the company through the financial restructuring. He has been holding the position as a president since 2001 and has served on company’s Board of Directors since 1998. Plus, he is also a part of Executive Committee.

Jose Baston, who seemed single for years since his first divorce finally said ‘I Do’ to his the sexiest Desperate Housewives star, Eva Longoria, in a romantic sunset ceremony among 200 guests in the lakeside town of Valle de Bravo, Mexico. Eva wore a beautiful sleeveless white gown designed by the Victoria Beckham.

The TV-based executive and the actress exchanged vows after a five-month long engagement. It’s not clearly publicized how the couple met and when they took their relationship to a romantic level. But, it’s quite obvious that they exchanged their rings in Dubai in the December 2013, after some time together.

Not exactly known, but the duo is believed to have begun dating in November 2013, making their red-carpet debut at Museo Jumex Opening dinner in Mexico.

Jose is father of four children born to his first wife

Jose Baston has married twice in his lifetime and is parenting four children. Previously, he was married to a Mexican actress for a decade from 1995 till 2005.

Romantically attached to each other before tying a knot officially, Jose and his first partner had welcomed their first daughter, Natalia, shortly before marriage. And 2003 followed the birth of the triplets, a daughter Mariana and two sons: Sebastian and Jose Antonio. Sebastian left the world just after a few days of birth.

Also known as ‘Pepe’, 48-years-old Baston possesses an impeccable personality. Standing with a height of 6 feet, Jose has an athletic body. Statistical data of his weight hasn’t been disclosed but seemingly, he is just another name of ‘perfection’.

Jose Baston’s biographic details can be obtained from various sites on the internet. He can also be followed on social media sites including Facebook, Instagram, and Twitter.