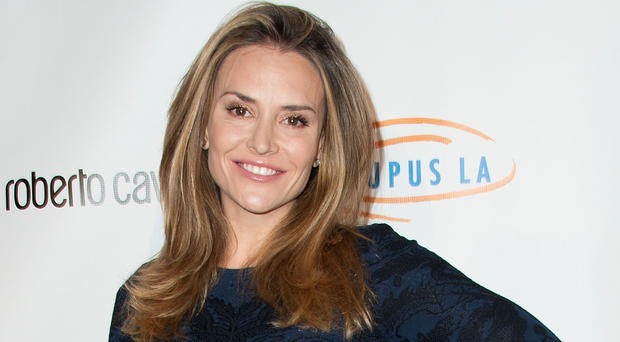 Brooke Mueller, the former companion of actor Charlie Sheen is renowned as an actress and real estate investor. Some of the movies that she was part of includes Strictly Sexual (2008), A Love Song for Bobby Long (2004) and Witchouse (1999). If it was not for drugs then she would have surely contributed more in the showbiz industry.

Brooke Mueller grew up facing tragedies in her childhood

Brooke Mueller was born as Brooke Jaye Mueller to parents Allen Mueller and Moira Roskin Fiore on 19th August 1977 in Albany New York. Her father served as a police officer, a real-estate broker, and a high school teacher. Her father Allen died while Brooke was 8 and after the demise of her father, her mother married a millionaire named Kenneth Wolosfsky.

Mueller received her education from Benjamin School where she was a member of a cheerleading squad.

The beautiful actress was previously married to actor Charlie Sheen. The duo dated for a while before getting engaged in 2007. A year later they tied the knot on 30th May 2008.

The duo was living a happy life with each other without going through the rumors of conflicts in their relation. Brooke gave birth to their first children, twin sons, Bob and Max on 14th of March 2009.

Conflicts began to appear in their relation in the year when their children were born. Brooke’s husband Sheen was arrested on December 25, 2009, for domestic violence and on November 2010 they filed for divorce. The divorce was approved by LA Superior Court Judge and was made effective from 2nd May 2011.

Brooke Mueller had a successful ongoing career when the news of her being involved with drugs came out. The actress first made the headlines for all the wrong reasons in 1996 when she was arrested on DUI charges in Florida.

Five years after that incident, she was once again in trouble for the possession of drugs in 2001. Drugs were being the part of her life and in order to escape that life, Brooke gave herself a second chance as she opted to stay in the rehab in July 2011.

Speaking about her decision to stay in rehab her spokesperson said, “Brooke’s goal is to maintain her sobriety, and she believes this is the best option to reach that goal.”

Brooke Mueller is a multi-talented celebrity

The second movie of her career came in 2008 when she bagged the role of Cassandra in comedy sitcom Strictly Sexual. Her final movie before she vanished from the industry came in 2011 when she shared the screen with her pal in The World According to Paris.

Besides, Mueller has also worked as a real estate investor. Some of her major buys include Mel B in 2012, from which she earned a profit of around 5 million dollars, Nichols Canyon (2005) and Los Feliz (2009).

A look at Brooke Mueller’s net worth

Brooke Mueller is one beautiful lady standing tall with a height of around 5 feet and 8 inches. The gorgeous beauty may not have had the career she would have wished, due to the influence of drugs, but she has surely given some of the best performances in the movies of which she has been a part of.