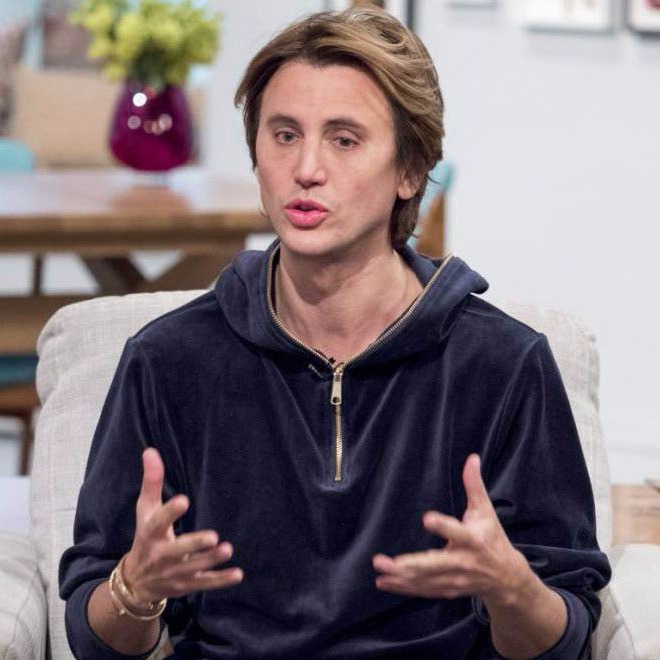 Jonathan Cheban is an entrepreneur and a reality TV star. He is the founder and former CEO of Command PR, a full-service public relations firm based in both New York City and Los Angeles. He lives in New York City and has a net worth of $5 million.

Jonathan Cheban received a humble beginning and a quality education

Jonathan was born on February 211974 in Fort Lee, New Jersey, United States. He was born as the only child of Russian parents. His father Mikhail was a diamond dealer while Galina, his mother, was a real estate agent at Sotheby’s. Jonathan holds American nationality and is of Jewish ethnicity.

Jonathan attended Fort Lee High School and graduated from Hofstra University in 1992. He earned a bachelor in communication from Hofstra. After graduation, he opted for a career in entertainment, modeling and public relations. He pursued his interests in New York and Los Angeles. He received his big career break when he started working with a high-powered publicist Peggy Siegel.

After major partnership issues, in 2001, Jonathan left and established his own public relations firm – Command PR. In 2010, Simon Huck joined Command PR. After a short-lived partnership, Simon left the firm, making Jonathan the only consultant for a while.

Jonathan Cheban got wider fame from entertainment and enterpreneurship

Jonathan earned a huge media attention by bonding with Kardashian sisters in third season of Keeping Up with the Kardashians. He was even titled "Kim Kardashian’s ‘Best Friends Forever’”. Kim Kardashian even worked as a producer of Jonathan’s show ‘Spin Crowd’, which unfortunately did not achieve much commercial success. He also participared in a popular TV Show Millionaire Matchmaker.

Jonathan started his own clothing line in 2008, called the Kritik. In addition, he designed jewelry for RichRocks which are mostly popular among celebrities. Not only that, he owns a restaurant named ‘Sushi Mikasa’ in Miami and a burger franchise called the ‘Burger Bandit’ in Long Island. In January 2014, he also launched ‘Glam Screen’, a protective cover for a smart phone with HD mirror.

In 2014, Jonathan launched an immensely popular entertainment website – TheDishh. In January 2016, he participated in UK based Celebrity Big Brother.

Bachelor Jonathan Cheban is rumored to be gay

The owner of 5 different companies at the age of 40, Jonathan is yet to get married. In the past, Jonathan dated Anat Popovsky. The ex-couple met on the set of Kourtney and Kim Take Miami.

Jonathan even moved to Miami to be closer to her ex- girlfriend. However, in April 2014, the couple broke up. Since then, Jonathan has been surrounded by gay rumors.