Skip to content
Home » Entertainment » How is Home and Away star Johnny Ruffo doing now? Meet his girlfriend

How is Home and Away star Johnny Ruffo doing now? Meet his girlfriend 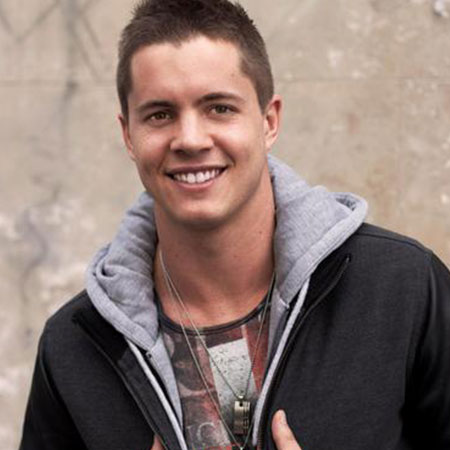 Johnny Ruffo is a multi-talented Australian entertainer known for being a finalist on the third season of ‘The X- Factor Australia.’

He was born as John Patrick Ruffo on March 8, 1988, in Balcatta, Western Australia, to Jill and Pascoe Ruffo.

Inspired by Michael Jackson, he taught himself to play guitar and piano at a young age and wrote his first song at 14.

In 2011, he successfully auditioned for the third season of ‘The X-Factor Australia,’ performing Jay Sean’s ‘Do You Remember.’

Being mentored by Guy Sebastian, he successfully reached the third position in the final.

Shortly after ‘The X-Factor,’ he was signed by a major record label, Sony Music Australia and

He won the twelfth season of the Australian version of ‘Dancing with the Stars,’ partnering with pro dancer, Luda Kroitor.

He donated the winning from the dancing reality competition series to the charity, Youth Off the Streets.

His debut single, On Top, which was released in June 2012, peaked at no.14 and was certified platinum by ARIA.

Ruffo made his acting debut in 2013 playing the role of Chris Harrington in Australian TV soap opera, Home and Away.

In April 2016, it was announced on Channel 7’s Twitter account that Ruffo had left the series to pursue new challenges.

In 2017, when he went to the hospital suffering from a migraine, he was diagnosed with brain tumor and had to undergo surgery.

Ruffo shared his post-surgery photos on social media and later announced that he had been diagnosed with brain cancer.

Now, he is focusing on healthy diets and has been following HelloFresh and is leading a positive life.

He has been dating a beautiful girl named, Tahnee Sims, who has been supporting his cancer battle.