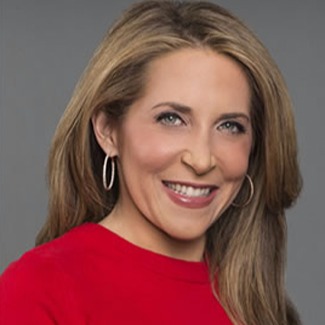 Jessica Yellin, an eminent American TV journalist, is widely known for her amazing work experience as the Chief White House Correspondent at CNN.

Gracious broadcasting personality, Jessica Yellin was born on 25th February1971, in Los Angeles, California, United States of America. She was born to parents Ira Edward Yellin and Adele Marilyn. Her father was a real estate developer and had held the responsibility as the president of American Jewish Committee. She has a brother named Seth Yellin.

Jessica completed her graduation level study from Harvard College where she was elected as a member of Phi Beta Kappa. During her high school, she held a responsibility of President at The Westlake School for Girls in Los Angeles.

Well known TV Journalist, Jessica Yellin has served various broadcasting networks in her career. Her initial work experience came as a general assignment reporter for Orlando-based cable news channel. After serving one year, she was named as morning anchor of the channel. In 2000, she started a new journey as general assignment reporter for WTVT-TV.

Jessica was rising to success after she had work experiences in several television stations. She got big chance to excel her career when she was designated as White House Correspondent for the ABC News. While working there, she took interview of former Presidents of United States like Bill Clinton and George H. W. Bush.

In August2007 she was appointed as a correspondent at Capitol Hill in CNN network. Later on, she was delegated to serve as a National Political Correspondent for CNN on January 12, 2008. After few months, on June 28, 2011, she replaced Ed Henry to take his place as CNN’s Chief White House Correspondent.

Apart from that, Yellin has also covered election between President Barack Obama and GOP Nominee Mitt Romney in 2012. At that time, she covered stories on Bill Clinton, Sarah Palin, and the U.S. economy.

Jessica Yellin, age 43, is an exquisite lady. However, she doesn’t have tall height. She stands with the height of 5 feet 1 inch only. She has, however, reached an unmatching height of success in her career.

Moving towards her personal life, Jessica hasn’t revealed much about her personal life information yet. Since she has not shared her present marital status, she is believed to be single and independent.

As being a very successful and rich lady, the reason of her unmarried life is surely a big question to all her fans. But we can say that she will find her ideal life partner very soon in future. Maybe because of her busy schedule, she is not able to find a time for love.