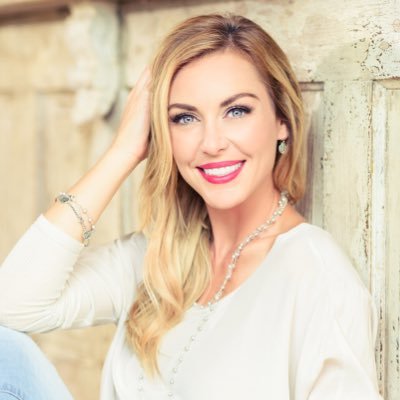 Jessica Robertson is an American businesswoman and reality television personality, who became famous for appearing in ‘Duck Dynasty.’

Born on November 12, 1980, she grew up hunting with her father during the weekends in the woods in Louisiana.

She met Jep Robertson in 2001 and got married to him just after two weeks of announcing their engagement.

Together, the couple welcomed four children, Lily, Merritt, Priscilla, and River, and have adopted a son, Jules Augustus aka Gus.

Jep is the youngest child of Robertson family patriarch, Phil Robertson, and his wife, Kay Robertson.

In the early 70s, Phil Robertson designed the first “Duck Commander” duck call. Over the years, the company has become a multi-million dollar business.

The Robertson family was featured on the A&E reality show, Duck Dynasty, which aired for 11 seasons from 2012 to 2017.

Afterward, Jessica was also featured in the ‘Duck Dynasty’ spin-off series, Jep and Jessica: Growing the Dynasty, in 2017.

She has also appeared in TV shows like ‘Fox and Friends,’ ‘Inside Edition,’ ‘Entertainment Tonight’ and ‘Good Morning America.’

They have published a book, ‘The Good, The Bad and Grace of God: What Honesty and Pain Taught Us About Faith, Family, and Forgiveness.’

The book chronicles the couple’s painful and sweet memories, heartfelt recollections of love, emotional growth and some interesting facts.

Throughout the years, she has amassed an enormous net worth of $8 million. Her husband is also worth $8 million.

She, along with her family, currently lives in Austin, Texas, and are running a food truck, Jep’s Southern Roots.

The pair has launched a website and hosts a weekly podcast promoting their new business of food truck.