What is Monster Garage’s Jesse James’ Net Worth? Meet His Wives & Children 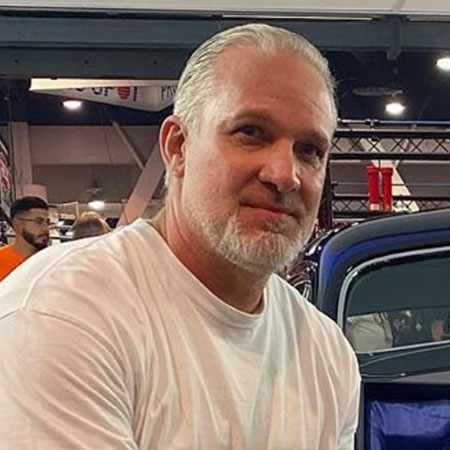 American custom motorcycle manufacturer, Jesse James has been quite a controversial figure throughout the years.

His bad boy persona and publicized relationship scandals have made him one of the notorious figures throughout the globe.

However, often referred to as ‘consummate bike rebel,’ his customization skills has earned him a genuine fan following.

He showcased his customizing talents in Spike TV’s ‘Jesse James Is a Dead Man’ and Discovery Channel’s ‘Monster Garage.’

April 19, 1969-born James endured a rough childhood being abused by his antique dealer father after his parents divorced.

His dad’s antique shop was located just next to a Harley-Davidson parts supplier. He developed a love for bikes in early childhood.

He played on his high school football team and dreamed of pursuing it professionally, but injuries shattered his dream.

A long-time fan of LA alternative music scene, he landed his first job as a bodyguard for the hard-rock band, Soundgarden and Slayer.

However, while still working full-time as a bodyguard, he didn’t give on his dream of building motorcycles and later founded West Coast Choppers.

His fortunes’ changed for the better when the Discovery chose West Coast Choppers as the focus of the documentary, Motorcycle Mania.

Throughout the years, his clients have been stars like Kid Rock, Keanu Reeves and Tyson Beckford.

His dedication to the company’s growth led to various opportunities for him, including hosting the reality show, Monster Garage.

‘Monster Garage’ ended in 2006 after four seasons and his company went out of business in 2010.

He had the partial ownership of the Austin, Texas-based Austin Speed Shop.

James has been involved in various businesses, including a production company, a clothing line, magazine & even fast food restaurant.

In addition to his career achievements, his turbulent personal life has also received quite a lot of media attention.

He has been married thrice and is a father of three children: daughters, Sunny and Chandler and a son, Jesse James Jr.

Since 2015, he has been married to Alexis DeJoria, a retired drag racer.

Now, he is focused on his firearms company, Jesse James Firearms Unlimited, which is based in Austin, Texas.