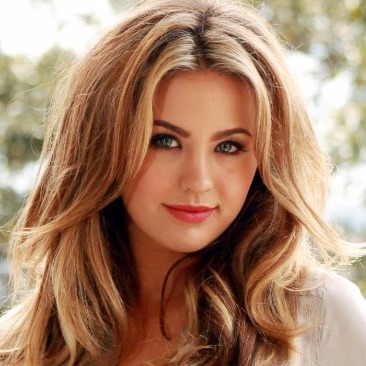 The phrase ‘beauty with brain’ exactly personifies this Aussie babe, Jesinta Campbell. Model and television host by profession, she hasn’t only stayed in the hearts of Australians but has seized the attention of the world since placing at 2nd Runner-Up while representing Australia at Miss Universe 2010.

Jesinta Campbell was born on 12th August 199,1 in Gold Coast, Queensland, Australia. Brought up in the Queensland, she attended Aquinas College. Growing up with a toned figure and an attractive height, Jesinta was magnetized to the glamor world since she was a little girl.

She kicked off her challenging journey in 2010, participating in Miss Universe Australia beauty pageant as a Queensland representative. She rejoiced the modeling industry with winning the title when she had just entered the glamor world.

That same year, aiming to make it big, she participated in the Miss Universe 2010 pageant as a representative of Australia. With her grace that was enough to blow the mind of worldwide fans, she ended as the 2nd Runner-Up behind Jamaican Yendi Phillips (1ST Runner-Up) and Mexican Ximena Navarette (Winner). She was voted Miss Congeniality at the end.

It became pretty easier for the beauty queen to continue her career, as soon afterward, she got a job of a guest reporter for fashion and entertainment subjects on Severn Network’s program ‘The Morning Show’.

Additionally, she appeared as a contestant on Nine Network’s reality show ‘The Celebrity Apprentice Australia’ in October 2011. Her one-week appearance on Hot 30 Countdown in January 2012 was also noted.

Within a very short period of time, Jesinta has earned the height of success which many women of her age can just dream of. In addition to winning the beauty pageant and making television appearances, she has authored a book entitled ‘Live a Beautiful Life’, which she released in October 2016.

Lately, the Australian model’s personal life has been in the limelight as she recently married her longtime boyfriend Lance Franklin. The model and AFL star tied a knot in a private ceremony at Mount Wilson’s Wildenstein Gardens in New South Wales. Their close friends and family were the attendants. Reportedly, the duo had the first encounter back in 2013.

Despite facing the split rumors several times, the couple finally said ‘We Do’ and sealed the lips of gossip creators.

Natural blonde haired Jesinta looks perfect from every side. On the beautiful face, blue eyes have become quite a remarkable feature.

Blessed beauty, Jesinta always focuses on staying fit. Regarding workout as the source of her empowerment and stress reliever, she gives a lotof preference to her exercise routine. Her exercises involve no use of equipment but cardio such as push-up, raising legs, tuck jumps, squat jumps, sit-ups and other.

Combining her healthy eating ethos & gluten-free diet with her efforts of staying healthy and fit, she shows fitness is much more than just a social media trend. Her slim bikini body has measurements 34-23-33 inches and weighs 53 kg. The frame is complemented by the height of 5 feet 10 inches.