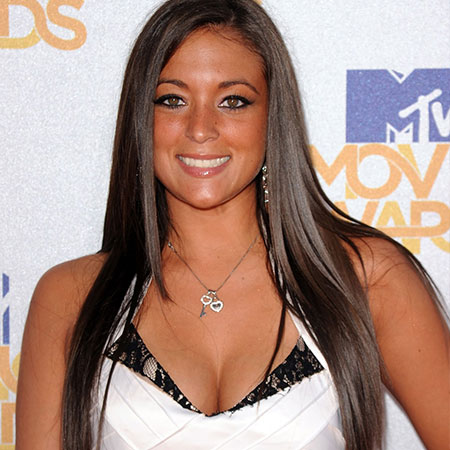 Sammi “Sweetheart” Giancola from MTV’s Jersey Shore is definitely on a lot of fans’ hearts, being one of the eight main cast members of the series.

Even though you have spent three years watching her on TV, you may not be familiar with her real-life facts as well as you think.

Why she hasn’t returned to Jersey Shore?

Fans are wondering why Sammi is the only one not returning to ‘Jersey Shore Family Vacation.’

Well, it has been reported by countless sources that she just didn’t want to be a part of the toxic drama that happens in the show.

Her friend and former co-star, Snooki stated, “She is just in such a happy place I feel like she doesn’t want to jump back into that drama.”

It’s always interesting to see what stars do after fame, particularly when it comes to those who don’t want to be in reality TV spotlight anymore.

Sammi has also followed the trendy world of podcasting; she, Siggy Flicker and Clare Galterio host a podcast, Just Sayin’.

The trio discusses their own lives, celebs rumors, trending topics and more. Maybe, Sammi will soon be a “sweetheart” of the podcasting world.

Was an athletic tomboy growing up

Even though Sammi always showed up as a total girlie girl, she was a tomboy growing up and was totally into sports.

Unlike many girls, her choice of sport was soccer, and she played varsity throughout her high school and university.

She was even a member of the US soccer team and played in international tournaments.

Many celebrities and especially, reality stars, once they reach a certain level of fame, decide to enter the fashion world.

This reality world sweetheart runs a clothing line, Sweetheart Styles, and is doing well enough. She has also launched a perfume line, Dangerous.

She is an artist

We always kind of assumed Sammi was more artistic than the scientific type, but we really didn’t know how well she is into arts.

She used to win contests when she was younger and went to college to pursue her passion for drawing and painting.

However, she went to William Paterson University, so that she could play soccer close to her home.