Skip to content
Home » Entertainment » What led Jennifer Lahmers to divorce husband after a lavish wedding?

What led Jennifer Lahmers to divorce husband after a lavish wedding? 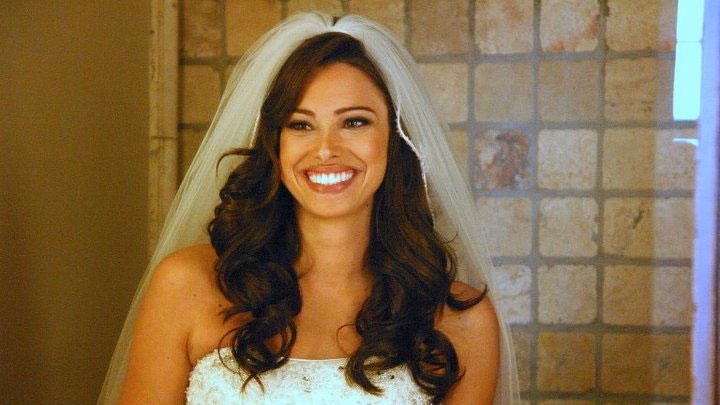 Jennifer Lahmers‘ wedding with Jamie Bosworth was a lavish ceremony but sadly the marriage could not last long. Following the divorce, she has been seeing a guy, who is probably her new love. The beautiful news reporter for Fox often scrounges for news piece in the street of New York City. Her love life, however, is enough to make the media headlines.

Who was Jennifer Lahmers’ husband?

Parents Patrick and Catherine Lahmers had high hopes from daughter Jennifer’s relationship with Jamie Bosworth. The Lahmers couple announced in public, the engagement between Jennifer and Jamie on January 18, 2011. Following the cheerful moment, the two got married on July 2, 2011. The couple had dated for two years before getting engaged.

The extravagant ceremony took place at Tehama Golf Club, Carmel, California. Jen Bernstein was the bridesmaid and Lauren Marcus was the matron of honor for the outdoor ceremony. Amidst the family and friends, the two exchanged the wedding vows but the relationship could not last longer.

Jamie is a former Back9Network employee who graduated from Seton Hall University. He is also an alumnus of Seton Hall Preparatory High School. Jamie was a CEO at the cable television network and media company.

The divorce between Jennifer and Jamie came as a shock as the two looked profoundly happy when they appeared on WFSB’s Face the State a few days earlier. The tumultuous relation came to end when Jennifer filed for divorce just shy of their third anniversary.

Jamie’s personal and professional life has not been great after the divorce. Following a diagnosis of a heart disease, he has lost the control of Back9Network, the company he co-founded.

Who is Kelly Evans married to? Meet her husband

Who is Jennifer Lahmers dating now?

Contrary to Jamie, Jennifer seems to be doing pretty well after the painful divorce. She has been successful in her career, and currently, she seems to be spending quality time with New York-based doctor Mikhail Varshavski. Rumors of her and Dr. Mike’s relationship began swirling after they were spotted celebrating Christmas and New York together.

Since then, they have been posting cute photos of one another on Instagram time to time. However, neither of them have made an official confirmation about their relationship.

Once, rumors of her relationship with fellow Fox News personnel Michael Craig surfaced. The two sharing pictures of one another through their Instagram accounts led fans to think if they are dating.

However, their pictures have stopped hitting the social media feeds. The two have not confirmed the relationship anyway and the two seemed to have moved past.

American Ninja Warrior’s Kristine Leahy is not single! Who is her boyfriend?