Jase Robertson and his wife Missy Robertson’s battle against their daughter’s birth defect! 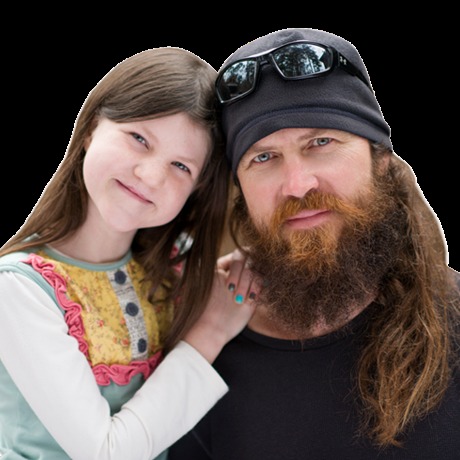 Jase Robertson, a famous reality television star of Duck Dynasty, and his wife Missy Robertson’s daughter Mia Robertson was born with a cleft lip and palate. Mia underwent five major surgeries to overcome the issue that she had endured at the time of her birth.

The love story of Jase and wife Missy is quite an interesting one. As revealed by the couple, both of them were high school student when they first met. As planned, Missy went on a fake date with Jase to make his ex-girlfriend jealous but the two ended up falling in love with each other. They are together ever since.

Jase started dating Missy in 1987. Three years after beginning their relation, they tied the knot on 10th August 1990. Now, their marriage is over 20 years old.

From getting into marital relation with Missy, he has been blessed with three kids named – Reed, Cole, and Mia.

His youngest child Mia had to experience five surgeries to fix the cleft lip and palate which she has conceived during her birth. Mia is thirteen years old now and she had her fifth surgery in 2013.

In an interview with US Weekly, Jase and Missy revealed that those ten years that they had spent with their daughters was really a difficult one. It came as a shock for both of them when they came to know that their daughter was born with bilateral cleft lip and palate.

Mia took birth on 12th September 2003. She had her first surgery within a few months of getting birth in January 2004.

It was not easy for the couple to see their daughter’s agonizing condition. On one hand, they were worried about how their daughter would look like after surgery. And, on the other hand, they were deeply saddened as even the doctors were not sure if the girl could breathe on her own or not.

Mia had her fifth surgery at 11 years of age during the reality show Duck Dynasty’s season 5 finale.

On 27th March 2014 Jase Twitted  “When you get knocked down is the time to get back up and go again. Mia taught me that. Thanks for watching’. Despite the major health issues that Mia was born with, she has played an inspirational role in her parent’s life.

At present, Jase, Missy, and all of their children are living together happily.