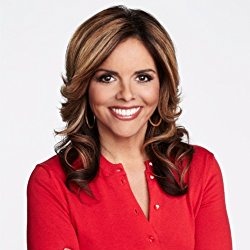 Jane Velez-Mitchell is an author, environmentalist and a TV news journalist by profession. She currently works at the HLN.

Jane was born on September 29, 1956 in Manhattan, New York City. She holds an American nationality and white ethnicity.Her mother Anita Velez is from Puerto Rica while father Pearse Mitchelle is originally from Ireland. A mixed heritage certainly does wonders to one’s looks!

Jane is loved for her beautiful looks and hot body. She stands five feet two inches. While she doesn’t have a great height like most other female journalists, she looks stunning in front of the camera.

Jane imparts a great sense of dressing. This makes her one of the best fashionable news reporter in television. Her fascinating hairstyles, hot legs and classy looking feet captivates her audiences.

Jane graduated from the prestigious New York University. Upon graduation, she started her professional journey into journalism as an anchor and reporter for the KCAL-TV at Los Angeles. Jane got her career exposure by covering a child sexual abuse case against popular singer Michael Jackson.

After working for the KCAL-TV, she served the WCBS-TV as a reporter. After twenty years at the WCBS-TV, she was hired at the CNN’s sister network – the HLN. At HLN, she covered various stories like Dr. Conrad Murray manslaughter trial, a neighborhood watchman, George Zimmerman and Casey Anthony murder trial. Jane’s unique persona and open minded nature made her a fearless presenter and reporter at the HLN.

Jane has not married anyone yet. On an AL Rantel’s radio show, aired in 2007, she declared herself a lesbian. Jane has dated a few. Currently, she is rumored to be dating Donna Dennison. The couple works for animal rights movement, which Jane calls “the social justice movement of the 21st century.” There have been no traceable rumors of the couple adopting any children.

Jane is particularly close to her mother. She currently lives with her mother in the Manhattan city. Not only that, Jane is always found giving credits to her mother for success as a journalist.

Jane Velez Mitchell has accumulated a significant net worth

Jane is estimated to receive a handsome amount of salary. Her total net worth is not disclosed yet.

An addition to her “estimated” high net worth, Jane has published number of bestselling books like “Secrets can be murder:What America’s Most Sensational Crimes Tell us about ourselves” and “I want: My journey from addiction and over consumption to a simpler, honest life”.

Jane is actively involved in charity events. She co-founded a social media outlet – the JaneUnchained to focus on social issues and advocate a fair and accessible social justice. She is particularly passionate about animal rights.

She intends to be the “voice for voiceless” and campaigns against “use of animals in medical experiments, the breeding of them for that purpose, and the treatment of animals in circuses”. Sources claim that Jane “ sees parallels between the animal rights movement and the work done by LGBT and HIV activists”.