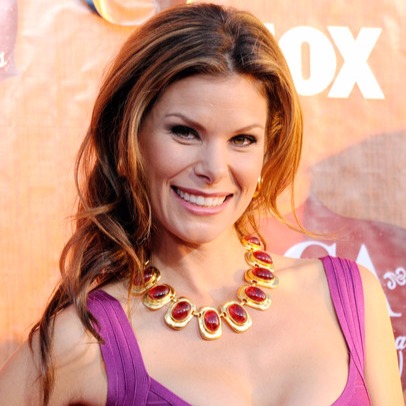 Jamie Little, an eminent American NASCAR reporter for FOX, and her better half Cody Selman has recently announced that they are expecting their second baby. She is already a mother of a boy and she is expecting a girl this time. Even after becoming a mother, Little had maintained her enticing body in a perfect measurement.

Two years after getting hitched, she became pregnant for the first time and delivered a baby boy on 9th August 2012. Little’s cute baby was named as Carter Wayne Selman.

Presently media news are humming all about her second pregnancy. This time, she is expecting a girl which is due to born in October 2016.

The news of her pregnancy was revealed through Twitter by Jamie on the occasion of Mother’s Day.

She shared the pregnancy news saying ‘We tried for like a year and a half and didn’t know if we’d be able to have a baby and then suddenly, boom, two days after the Daytona 500 this year, we find out we were pregnant.’

Jamie is very excited to have her second baby in October this year. She shared that she is going to take a break from her work, a few months before delivery time and few months after new baby’s birth.She seems to be making great plans of taking great care of her yet-to-born baby girl.

Sheis best-known for serving as a pit reporter for NASCAR coverage on Fox. Little was actively working just 4 months back for Fox, however, she seems to be on break as her delivery date is coming near. Check out the video where she is covering news for Fox.

Her husband Cody Selman is a racing person. He will be changing tires at Indy 500.

Their eldest child Carter is now three and half years old. He has been enjoying all three Indy 500s and has already started riding a dirt bike.

It won’t be a surprise if he becomes a racing person too in the future. Carter is having real fun time with his parents. Have a look at the picture where he is playing with snow with his mom, dad and a pet dog in Vegas.

Jamie Little is pregnant with her second child. And, this has slightly changed her body measurements.

Dazzling NASCAR reporter, Jamie possessed a sexy hourglass frame along with body measurements 37-26-37 inches. The gorgeous lady had made a whole lot of effort to return to her original body shape after the delivery of her first baby.

No doubt, she will get back her alluring figure after this second delivery too. Check out her nearly seven months back picture where she is looking absolutely stunning.

My perch for the day. @nascar #MediaDay #daytona500

Stunning sports reporter, Jamie Little is all set to bring her second child into this world. The cute family would be more charming after the little girl enters.

A huge congratulation to Jamie Little and her husband Cody Soleman for their future baby girl in advance!!!