Everything about Jamie Davis from Highway Thru Hell 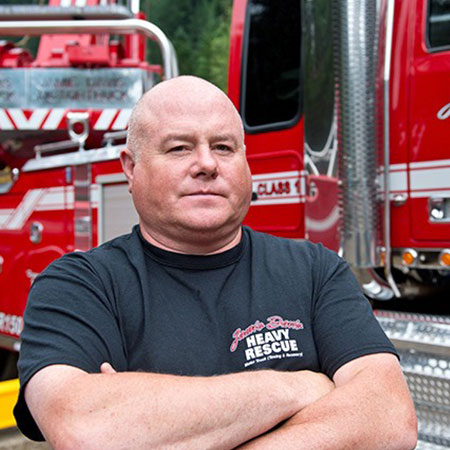 Jamie Davis Motor Trucking is a heavy vehicle rescue and recovery towing company based in Hope, British Columbia, and is owned by Jamie Davis.

‘Highway Thru Hell’ focuses on the hardships of operating along the highways of the BC Interior, especially the Coquihalla Highway.

The show’s one of the creators, Neil Thomas, met one of Jamie’s heavy rescue operators after his truck broke down on Highway 5 in 2010.

Then, in the early winter of 2011, executive producer, Mark Miller, and cameraman, Kevin Mills, dropped in on Jamie Davis Motor Trucking.

The idea of ‘Highway Thru Hell’ evolved at that time when Jamie expressed his desire to change the public’s perceptions about the industry.

The show premiered on September 4, 2012, on Discovery Channel Canada.

The day-to-day drama of keeping Canada’s treacherous trucking routes clear and operations is what made the show hit.

At the end of the second season, Jamie sought out new territory and expanded his business along Alberta Highway 63.

The season 6 of the show finished airing on December 6, 2017, and the team is currently filming for the season 7.

Now, Jamie Davis Towing has closed the Alberta offices and is currently operating out of Hope, Surrey and Chilliwack BC.

The program has been broadcasted in ProSieben Maxx in Germany under the title, Highway Heroes Canada, since March 14, 2015.

Jamie is married to Sherry Davis, who is his business partner too. The couple resides in Hope with their four kids, James Jr., Brianna, Alexis and Brandon.

A spin-off series, Heavy Rescue: 401, focusing on the works of heavy operators in Southern Ontario, has just finished airing its 2nd season.