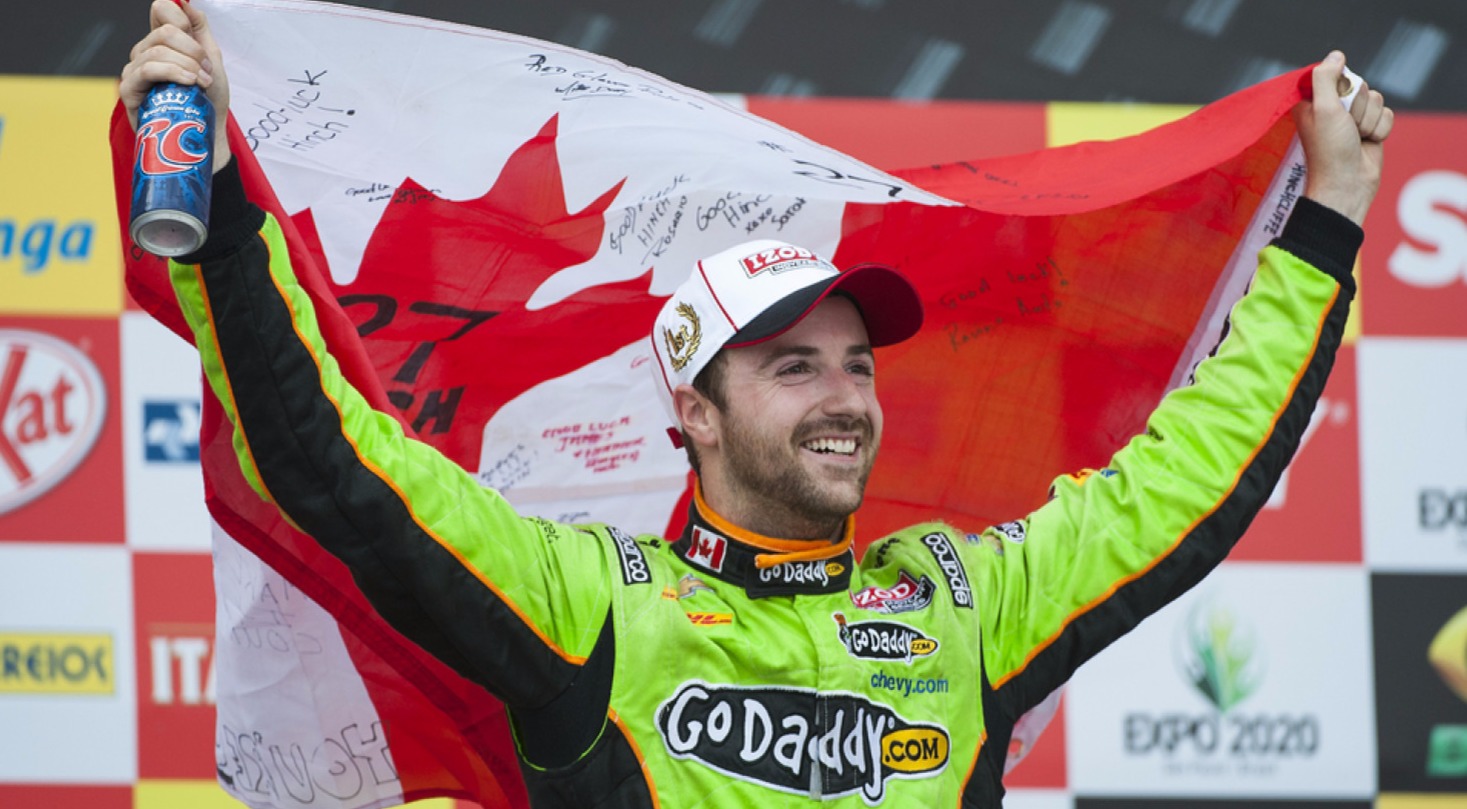 James Hinchcliffe was born on 5th December 1986 in Oakville, Ontario, Canada. Raised in Oakville, he began his open-wheel career in karting and started car racing in 2003, finishing at the third place in Bridgestone Racing Academy F2000 series.

The following year, James was top rookie in Formula BMW USA winning three races. In 2005, he raced in the Star Mazda series, finishing 3rd with three wins and afterward moved to the Champ Car Atlantic Series in 2006 with Forsythe Racing.

Hinchcliffe joined A1 Team Canada in A1 Grand Prix. There, he finished eighth in the spirit & thirteenth in the feature in his 1st race at Zandvoort. He scored 2nd in the spirit race at Czech round & led the feature for the majority of the race but clashed with the final winner Alex Yoong, that dropped him down to fifth.

In 2011, he was signed with Newman/Hass Racing and then with Andretti Autosport from 2012 till 2014. With Newman Racing, he competed in 2011 IndyCar Series season, Barber Motorsports Park, Indianapolis 500, Firestone Twin 275s, and other. With Andretti Autosport, he succeeded as a driver of the GoDaddy car after Danica Patrick and was qualified 2nd overall at 2012 Indianapolis 500.

Return to Racing after life-threatening injury

In 2015, he suffered a life-threatening injury from a practice crash for Indianapolis 500, that ended his season after just 5 races. After a long time for recovery and rehabilitation, he returned to racing this year in better shape than before. He earned his 1st IndyCar pole at the 100th Running of Indianapolis 500, that almost destroyed his career.

James is a certified scuba diver. However, he can still find a way to live in a risk, having swum with the sharks in the Turks, Bahamas, and Caicos. His salary is estimated to be around $700 thousand annually that has helped him build a net worth of around $2.5 million.

James has also tried his hands in dancing

Alongside his racing career, the 5 feet & 9 inches tall is also an avid dancer. He has taken his dancing interest into the professional level participating in the 23rd season of ‘Dancing with the Stars’. He was partnered with Sharna Burgess, a professional dancer, and the couple has reached the semi-final.

He is a huge fan of guitarists. He counts Joe Walsh, Eric Clapton, Buddy Guy and Stevie Ray Vaughan as his favorite ones.

Yet-to-be-married James is rumored to have girlfriend

ABC viewers have loved James’s chemistry with sexy pro-Sharna Burgess. But with his being in the spotlight, many of his fans want to if who the race car driver is in a relationship with. They are curious to know if he has any women in his life of not or has already married.

Over the summer, there were reports that Hinchcliffe was seeing a Canadian actress named Rebecca Dalton. It has been believed that with Hinchcliffe taking on DWTS, his girlfriend has been by his side cheering him on. No further details about his current and past relationship are available.

Seemingly, for now, the 29-years-old is keeping his career on his top priority.