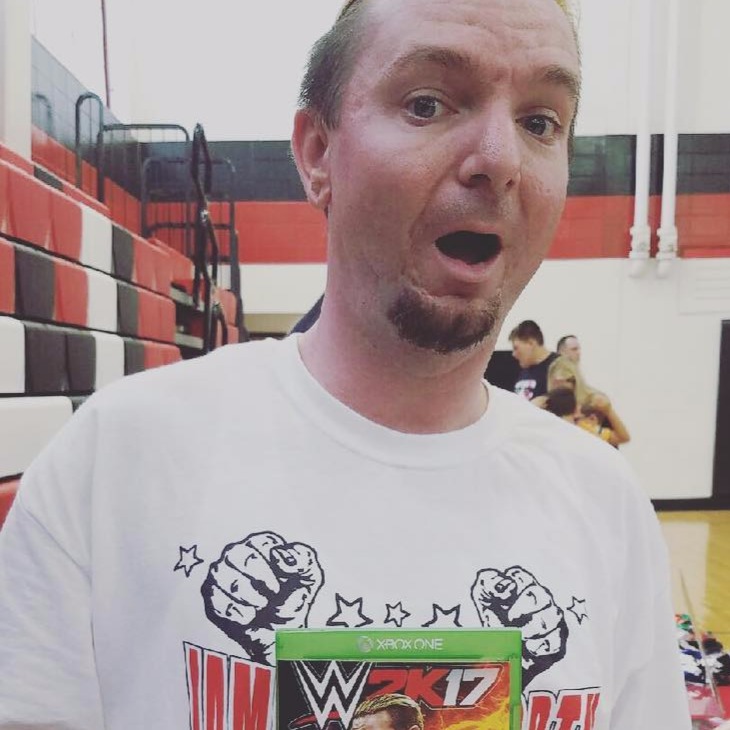 Chinless James Ellsworth is popular for fighting against the odds

James was born on December 11, 1984. The exceptional wrestler stands five feet eleven inches and weighs 215lbs. He is famous for being “chinless”. On a match against Braun Strowman, where he experienced severe loss, he has famously said, and we quote, “Any man with two hands has a fighting chance”. The man did not give up even after losing to a wrestler double his size!

After a decade in professional wrestling, James is considered a legend

James made his first debut on June 5, 2002. Some of his early career highlights include beating Chris Payne and Maniac Killa (Bad Company), Axl Rotten and Jasmine and Pat Lawson and Ray Smooth with Adam Ugly (the pair were called Pretty Ugly); defeating Draven, Crazii Shea and Thomas Rodriguez.

However, it was only on September 13, 2016 that James got his biggest career exposure as a professional wrestler. He was appointed an AJ Styles team partner by Daniel Bryan. On October 11, 2016, James made history by beating WWE world champion AJ Styles in a SmackDown non-title match.

Titles and fame would not stop James Ellsworth from wrestling again

Recent updates about the legendary wrestler: he defeated Adam Ugly and Lee Brando at the ACW along with Gillberg. On November 8, 2016 , James was phenomenal in a match against Randy Orton & The Wyatt Family (Bray Wyatt and Luke Harper). While he was defeated alongside Dean Ambrose and Kane, the match further added to his career highlights!

In an interview, James mentioned that he felt overwhelmed for being able to wrestle at the WWE. His actual words, “[it’s nerve-wrecking] going out wrestling for the WWE Championship, because I never in my wildest dreams thought it would be possible for me to get that far”.

James Ellsworth is private of his personal life except his daughters

James has two beautiful daughters. He tries his best to make time for them despite his hectic workout/wrestling schedules. Despite being a popular wrestling phenomenon, he maintains a low personal profile. It is unknown whether he is dating anyone just yet.