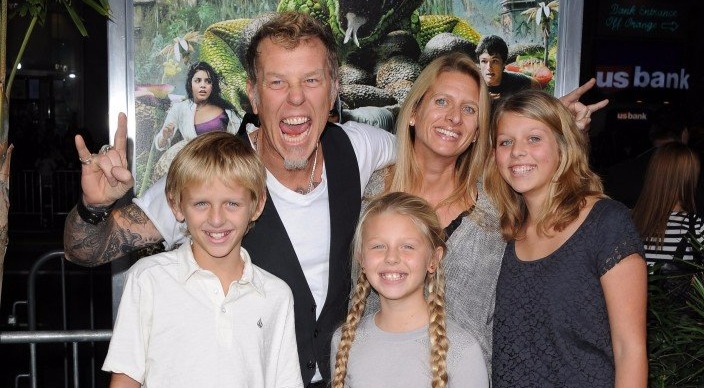 If you have been a fan of Metallica for long enough, you will know James Hetfield is a car enthusiast and has his own custom car collection.

He made a fortune through his musical career, and as rich people have hobbies, his is to collect custom cars and Hot Rods.

Here are the hot rod treasures that James has kept in his garage.

The first to be featured is the 1936 Auburn Roadster ‘Slow Burn’ which James bought on eBay and was customized by famed stylist Rick Dore.

The 2010 West Coast Custom of the Year features an abundance of elegance and flare as it won against top class custom cars.

The 1937 Lincoln Zephyr ‘Voodoo Priest’ was left behind by a veteran on his mother’s driveway; James found it decades later and bought it.

It is equipped with three Stromberg 97 carburetors and a C-4 automatic transmission.

It won the 2012 Bagdasarian Award for ‘World’s Most Beautiful Custom.’

It’s body features is influenced by Figoni and Falaschi’s 1938 Delahaye 165 Cabriolet and made with aluminum sheets.

The 1936 Ford ‘Iron Fist’ Coupe is made by Blue Collar Customs while it was painted by Vintage Color Studio.

The Blue Collar Customs installed an air-suspension system, a Heidts Mustang II-style IFS crossmember, and a custom four-link in the rear.

James bought the 1956 Ford F-100 Pickup off the internet from some old guy.

Next on the list is the beautiful 1952 Oldsmobile ‘Grinch’ that was renovated by Rick Dore from RD Kustoms.

The car has a white leather interior and an Accuair suspension which turns James’s cruiser into a perfect family hauler.

The last on the list is the 1953 Buick Skylark ‘Skyscraper,’ which was also built by Rick Dore, it contains all of Rick’s tricks.

His net worth of approximately $300 Million has contributed to his collection of classic cars and hot rods.