Skip to content
Home » News » Arrival of a new member of the family! Jackie Johnson welcomed a baby girl with husband Patrick McBride

Arrival of a new member of the family! Jackie Johnson welcomed a baby girl with husband Patrick McBride 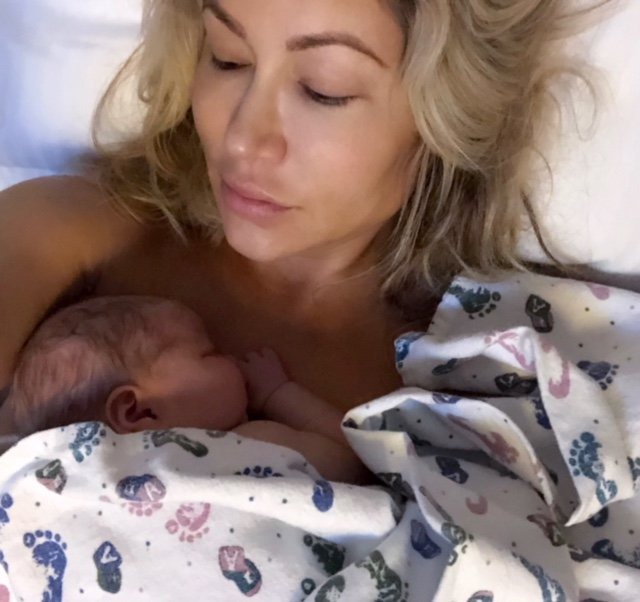 Jackie Johnson her husband, Patrick McBride got blessed with their first daughter. The pair welcomed a baby girl on January 12. Scroll down to know more!

Jackie Johnson must be in the seventh cloud right now! The weather forecaster and her husband Patrick McBride said hello to her first daughter on January 12, 1:03 pm. The pair named their daughter Bridgette Claudette McBride.

She took Instagram to share the big news. She shared the picture of newborn and captioned it, “Love greater than I could ever imagine ? World meet Bridgette Claudette McBride ?? Born Jan 12th at 1:03 pm. She absolutely owns our hearts “ 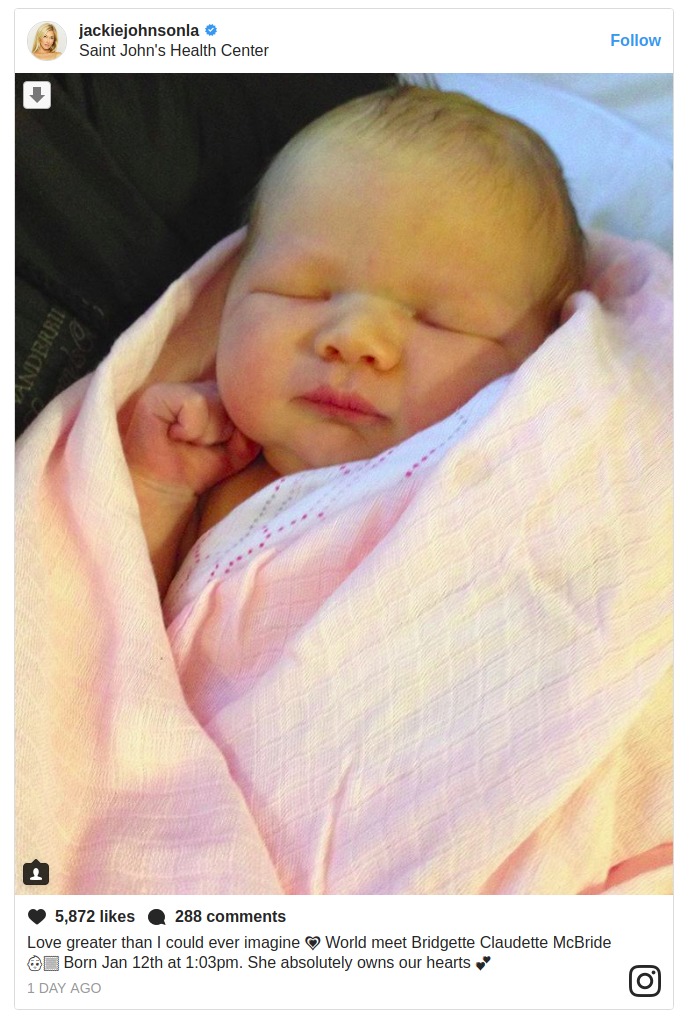 Further, CBS Los Angeles also took to Twitter to congratulate the 37-year-old weather Forecaster. More congratulations must be on its way!

Jackie Johnson shared the news of pregnancy via Instagram!

On July 9, 2017, the couple shared the news of pregnancy via Instagram. She posted the picture of herself cozying up with husband on the beach. She also shared an image of pink slippers, hinting everyone the arrival of a baby girl in the family.

Jackie Johnson and Patrick McBride got married in the fall of 2016. Prior to that, Jackie was married to NFL football player John Kidd. The two exchanged wedding vows in 2011. However, the two decided to go separate ways in 2014. The duo officially got divorced in November 2014.

Jackie Johnson has found her better half: Married to Patrick McBride