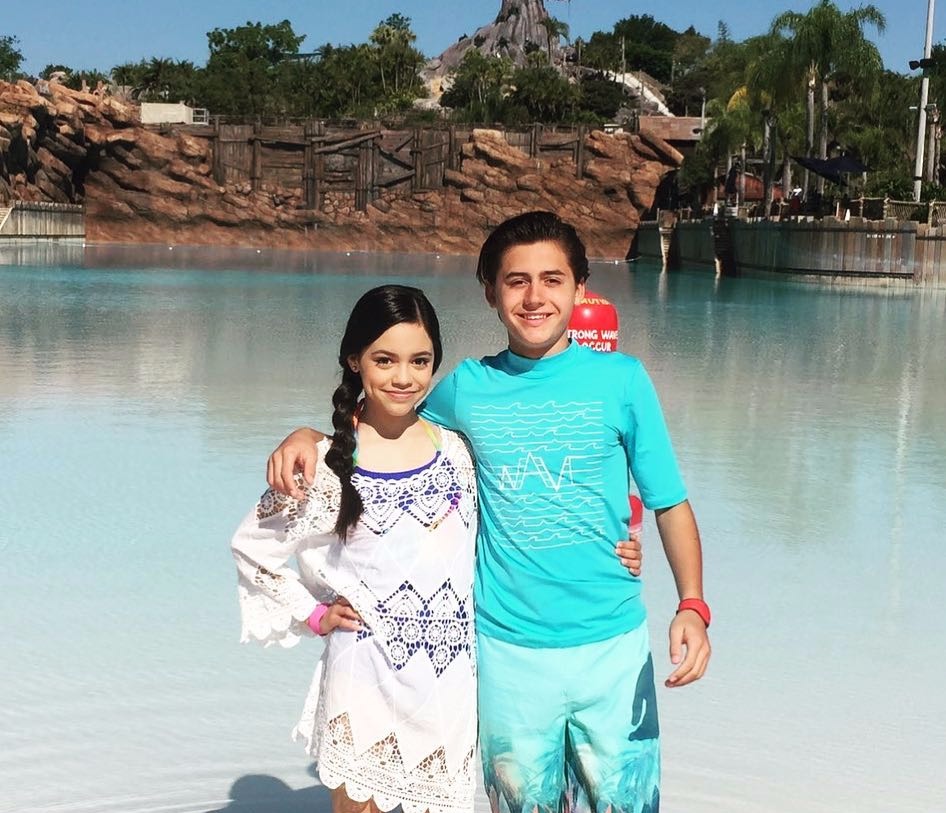 Isaak Presley visiting Typhoon Lagoon, a water theme park at the Walt Disney World Theme Park in Orlando, Florida in May 2016 with his bestie Jenna Ortega. The two stars as brother and sister in Disney series ‘Stuck in the Middle’ since it was premiered on February 14, 2016. Fans are guessing if they are dating in real life.