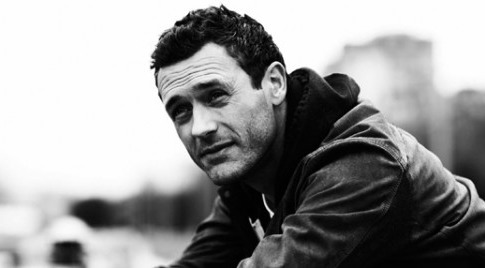 In the previous week’s season four premiere of Agents of S.H.I.E.L.D, we were introduced to the new addition to the series, Ghost Rider portrayed by Gabriel Luna.

Now on this week’s episode of S.H.I.E.L.D, we are likely to be introduced to the person who is taking the responsibility of playing the character of Director in S.H.I.E.L.D Headquarters.

Colson portrayed by actor Clark Gregg previously held the position of the Director at the Headquarters. Now that he has been demoted to lowly field agent, the vacant position of Director has to be filled by someone else. Speaking about the one who shall portray the role of Director, the cast of S.H.I.E.L.D said that, when the guy’s identity is finally made known, fans’ reaction will be wild.

The vacant post of the Director at the S.H.I.E.L.D headquarters will be filled by actor Jason O’Mara in the upcoming season of the S.H.I.E.L.D. Details have been infrequent about who Jason is actually playing, but the actor gave a hint on which side he could fall on, stating that his character will interact with other characters, and talked about how he managed to get a role on Agents of S.H.I.E.L.D.

When the news first came out that Jason will be joining the cast, the only information that was provided was his character has a 75 years old association with Marvel Comics. The information decreased the probable characters he could be playing, while on the other hand it also declared that, he will not be the same as in comics.

In a recent Interview, when asked in details about his character, Jason didn’t provide much information regarding the identity of his character, as Marvel less likes their characters revealing their identities in the movies.

Although the actor didn’t flash any information, he went on to say that the future of his character is likely to change completely as the season grows.

Speaking about the changes that his character shall face in the future, Jason quoted “He could become a villain. I honestly don’t know how long it will last. Usually, you go into something knowingly how many episodes it will be for, but this is open-ended. It could be good, it could be bad, it could be a hero, and it could be a villain. It could be anything. If the fans hate me and if the writers hate me, maybe I’ll be four episodes and done.”

The new season of Agents of S.H.I.E.L.D is just two months ahead and it will be interesting to see for how long the organisation decide to keep the mystery about O’Mara’s identity under the wraps.