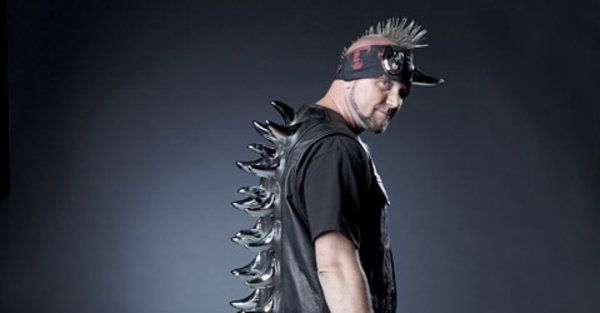 Mike was interested in repairing and customizing from his early days, while he lived in a trailer park in Michigan. After graduating, he started living in a van and paid his bills by repairing cars and motorcycles. Though he was not so good at that time, that helped him a lot for his living. Further, he moved to Las Vegas and started airbrushing T-shirts and license plates for tourists.

He works at an automobile and customization company, Count’s Kustoms owned by Danny Koker. In the company, he does anything from a custom building, airbrushing to anything that makes cars look good.

After working for several years in customization company, he landed on American reality TV series, Counting Cars. It is the third spin-off series of Pawn Stars, which showcases the daily activity of Count’s Kustoms.

Apart from his shows and business, he is obsessed with owning seven cars, even though he doesn’t drive all of them or don’t need them. Recently he bought a Corvette. As of now, he owns more than 80 cars.

Besides Counting Cars, he has also guest appeared in Pawn Stars and American Restoration. Despite being a reality star, he has not disclosed the exact figure of his net worth. But, possibly, it can be estimated to be in millions.

Ryan Evans: How did he get in Counting Cars?

Who is Danny Koker married to? Details on his married life!

Mike is quite active on social sites, where he is seen sharing pictures of his and updates about his work. He has amassed an enormous fan base on his social sites. He also has a website. As of April 2018, he has 51.9K followers on Instagram, 45.1K followers on his Facebook page, and 9.8K followers in his Personal Facebook account.