Holly Sonders ruling the world of sports as a sportscaster! Is she Married?
Skip to content
Home » Entertainment » Sportscaster Holly Sonders Married Life With Her Husband Erik Kuselias Might Be on Rocks. Divorce Rumor?

Sportscaster Holly Sonders Married Life With Her Husband Erik Kuselias Might Be on Rocks. Divorce Rumor? 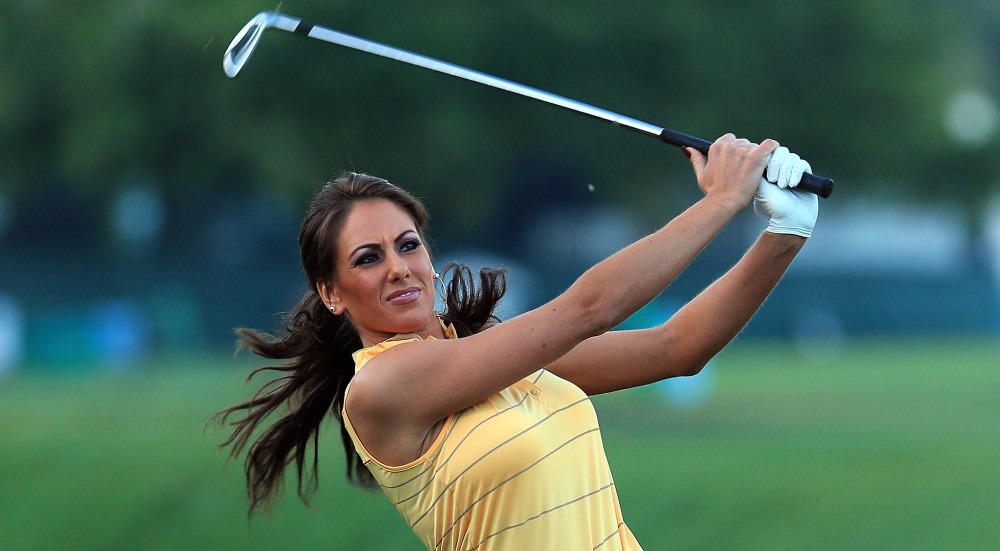 Holly Sonders, a FOX Sportscaster, is married to husband, Erik Kuselias. Where men have been ruling the field of sports, Sonders appeared to be a sensational golfer who dared to crave a career in a male-dominated field.

Dreamt to be a successful golfer but fate had other plans for Holly Sonders. Story of her success in broadcasting.

Holly Sonders was born on 3rd March 1987. She is the native of Marysville, Ohio, United States. She holds American nationality and is Christian by religion.

She went to study at the Marysville High School. After that, she attended the Michigan State College and graduated from there with a degree in Communications. A collegiate golfer diverted her attention to broadcasting after her major surgery.

Her family was very much interested in sports and so was Holly. And as a result, she knew much about sports and especially golf. Though she was unable to make golf her career, she chose a career related to her interest which could use her knowledge.

She began her career on The Average Joe Sports Show that was aired on the WBNS-10 TV. It was in the year 2011 that she joined the Golf Channel.

She quickly rose to fame with shows like "Morning Drive", "School of Golf" and "Playing Lessons with the Pros". She left Golf Channel for having a position at the FOX Sports in 2014.

The 29-year-old anchor featured on the Golf Digest Cover. She has also made her appearance in the list of Most Beautiful Women in Golf of Golf.com.

Sonders currently serves at FOX Sports and covers major events of sports while also covering NFL games and other studio news. From all her endeavors, she earns a good amount of net worth of $6.5 million.

Not less than a fairy tale, Holly Sonders is married to long-time boyfriend Erik Kuselias

Sonders is married to her long-time boyfriend, Erik Kuselias, who is a television as well as a radio host. Kuselias is in his 40s.

Blowout from the first minutes of the game .. But we stayed warm and had a great time. Party bus back to Chicago now pic.twitter.com/szTBKcMewy

He received an undergraduate degree from the brown University. He also went to study at the University of Michigan Law School as well as Columbia University. Presently, he is the co-host of the Pro Football of NBC Sports Radio.

Erik Kuselias was married previously. Kuselias and his ex-wife split up after she hired a private investigator to get more dirt on Kuselias’ bad habits at work.

After dating for a while, Erik and Holly announced their wedding in May 2012. The couple is very happy together and is working on the same station.

They don’t have children yet. Very much faithful to each other, there has not been any rumors and speculations regarding their love life. She has maintained a clean image as well as has been very secretive to share her personal life in public.

Having a past troubled marriage, Erik Kuselias is keeping his vows with Holly Sonders till now. Hope he remains a faithful husband to her. Her life has been an inspiration to many youths, especially women. Holly Sonders has opened doors for women in the field of sports.