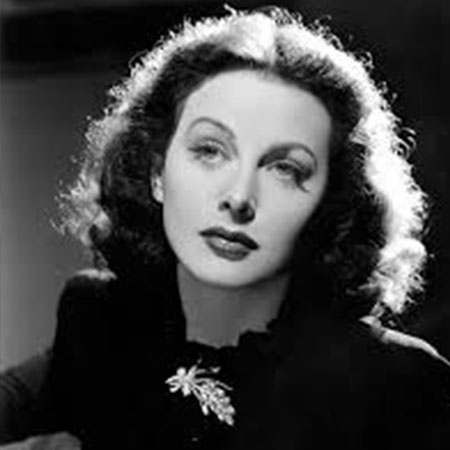 Hedy Lamarr, ‘The most beautiful woman’ of her time was born on November 9, 1913, as Hedwig Eva Maria Kiesler in Vienna, Austria.

She attended a famous acting school in Berlin and landed a role in the movie, Ecstasy, which faced controversy due to its explicit content.

Their marriage ended in 1937 after she packed a suitcase with jewelry, drugged her maid, fled to Paris and then to London.

She got on board a ship sailing to New York in September 1937, with producer Louis B Mayer of MGM studio who offered her a contract.

She changed her name to Hedy Lamarr after Mayer devised her name from a silent film actress Barbara La Marr.

Lamarr starred with French actor Charles Boyer in her first film ‘Algiers,’ which was an auspicious start for her movie career in America.

Though she had setbacks due to two flops, ‘Lady of the Tropics’ and ‘I Take This Woman,’ her fortunes turned around in 1940 with ‘Boom Town.’

She was annexed to American movie screen with films such as Ziegfeld Girl, White Cargo, Come Live with me, and The Heavenly Body.

She once offered to kiss any man who would purchase $25,000 in War Bonds for the World War II mobilization effort and amassed $17 million.

She dated the famous silent comedian Charlie Chaplin and also had flings with various other actors.

She married producer Gene Markey in 1939 and divorced him the following year.

She married John Loder four years later and had two children, Denise Loder and Anthony Loder with him.

Lamarr also had a third child, James Lamarr Loder but she cut her ties with him after she sent him to a boarding school.

All her marriages ended in divorce, and there were rumors of her being romantically involved with composer George Antheil.

She was shrewd enough to learn practical knowledge through her meetings with arms dealers and manufacturers during her marriage with Mandl.

She proposed the idea of rapid changes in the broadcast frequency as a solution to the problem of controlling radio-guided torpedo.

George Antheil and Lamarr received their patent for their discovery in August 1942, but Antheil credited the original idea entirely to Lamarr.

However, the idea was not implemented during World War II because when she gave it to the Navy, they showed her the exit door.

It was later discovered and used in the ships sent to Cuba during the missile crisis in 1962.

Later, it became one of the main sources of communication. Wife and Bluetooth are also based on Lamarr’s invention.

She published her autobiography, ‘Ecstasy and Me: My Life as a Woman’ in 1967 but later sued the ghostwriters she employed.

Her career slowed down since World War II; she told a columnist that she once had a $7 million income but later lived on a $45-a-week pension.

She spent most of her last years in isolation in a small house in Orlando and stayed out of the limelight because of unsuccessful plastic surgery.

She received an Electronic Frontier Foundation Pioneer Award in 1997, after news of her inventing radio transmission was publicized.

After her death, she left $1million and $2 million to Denise and Anthony Loder but never mentioned her third son James on her will.