Trump Met North Korean Delegate and 6 headlines from May 1 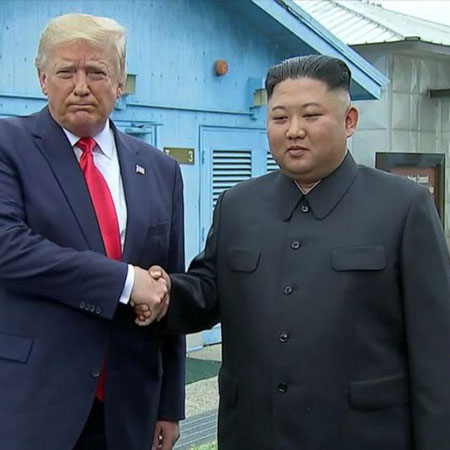 In a rare visit to Washington D.C., the top North Korean official delivered a letter from Kim Jong Un.

The two countries will be meeting on June 12 in Singapore.

The couple who started dating in May had been keeping their relationship relatively low key.

Trump speaks out against Samantha Bee

In a tweet on Friday, President Donald Trump called for firing the host of ‘Full Frontal,’ Samantha Bee.

Bee had called her daughter, Ivanka Trump, a “feckless c***” for not speaking about the President’s immigration policies.

Taylor Swift’s Reputation tour has grossed over $54 million with its first seven concerts.

The tour in overall is expected to gross over $400 million. Her 2015 tour had earned estimated $250 million.

Hallmark later released an expanded statement on the matter.

“Shows evolve and change all the time. Mark has been an instrumental part of “Home & Family” for the past 6 years, and we are extremely grateful for his incredible work and leadership. We truly wish Mark all the best in his future endeavors.” – TBD

Now, we know all the finalists of this year’s ‘Britain’s Got Talent.’ Comedian, Micky P Kerr. and Giang Brothers made it through.

However, the wildcard entry is still to announced before its finale on June 3 on ITV.

The case is suspected to be a murder-suicide and there is no danger to the public.