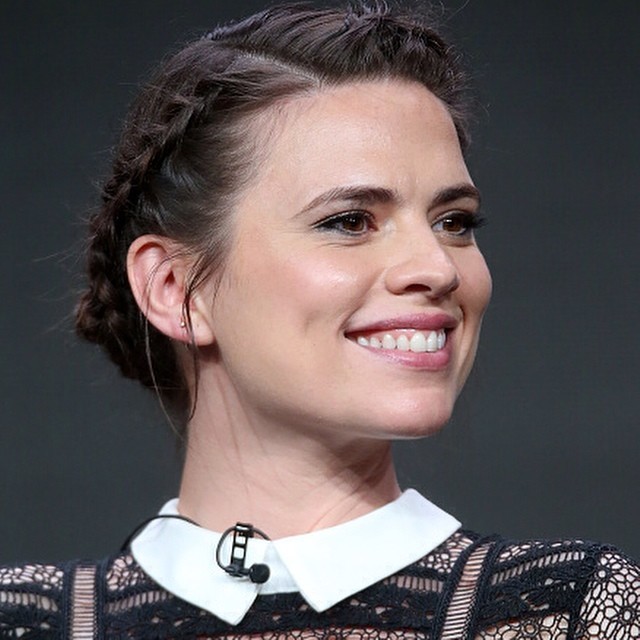 Haley Atwell may have shifted from ABC’s now-cancelled program “Agent Carter” to new series “Conviction”. She promises the followers of the Marvel character that their loved character has not been completely diminished.

Her funeral, which took place in the present time after living to a ripe old age, was featured in the blockbuster Captain America: Civil War. But the actor even after her character’s funeral feels that she has a lot to offer for, and there are still some stories to be told in between the 40’s set series and the Modern-day film, especially if she can convince the powers needed to do Agent Carter movie.

Speaking about her switch in roles Atwell stated, “I don’t feel like I’ve said goodbye to her. She does still seem to live on a lot for the fans, and Marvel is still such a big part of my career and, I suppose, my professional family that I would absolutely not rule out the idea of going back to Peggy at some point or seeing her in other avenues.”

{{FINALLY!!! I GET TO WATCH AGENT CARTER!! I’ve been waiting for this moment forever and now it has finally arrived! I’m going to now lock myself away and watch my baby kick some ass xD}}

Unlike her previous character Peggy Carter, the actress won’t be able to employ this particular secret weapon for her latest onscreen role. Atwell will portray the role of Hayes Morrison, an American attorney who is the daughter of former U.S President and is a scandal-prone.

Her new character Hayes doesn’t possess the voice or the kick-ass attitude or the voice of her previous character Peggy, but the lack of personality like that of Peggy is the reason why the role was so appealing to her.

Talking about her new character, the actress went on to say, “She’s very different from me and from Peggy. I’m personally more of a people pleasure than Hayes and that’s why I enjoy her. It’s something new. And I love she isn’t violent in her own way, not in the same way as Peggy.”

Atwell, while she was still staring on Agent Carter signed for Conviction, when her, then show Agent Carter was in the midst of its low-rated second season. The show was canceled and Captain America: Civil War referred Peggy Carter dead and still people, especially Peggy’s fans ask whether or not Peggy will be seen again or not. Atwell , who is associated with Marvel for a long time now made her intentions clear about jumping in to play the character of Peggy if the chance arises.

Atwell , who is associated with Marvel for a long time, now made her intentions clear about jumping in to play the character of Peggy if the chance arises.

Whether we will again see Peggy or not is a mystery. But for now, Atwell will present herself as a lawyer who is investigating a case, with her young lawyer’s team, in which an innocent person is being sent to jail.