Skip to content
Home » Entertainment » What is Harley Bird’s salary from Peppa Pig? Net worth in 2018

What is Harley Bird’s salary from Peppa Pig? Net worth in 2018 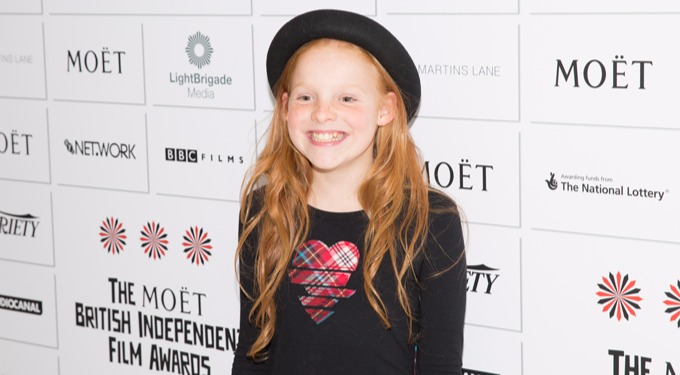 Harley Bird is the voice behind one of the most popular cartoon characters in television. The teen voice artist has been voicing Peppa Pig on Nickelodeon since she was six.

Peppa Pig is one of the biggest animated franchises in the world but not many know the talented youngster behind the lovable character. For her work, she was awarded the British Academy Film Award in 2011, becoming the youngest winner to have received the honor.

Harley Bird is only 16 and is already banking a significant amount of money. Well, she does have almost a decade of working experience under her belt.

In 2006, Harley was signed by the Alphabet Kidz Talent Agency, which led her to her breakthrough role of the titular character in the children’s animated series, Peppa Pig. As a matter of fact, this was her first role ever. She voiced the character all through the third and fourth season of the four-time British Academy Children’s Awards winning series.

Sources have reported that she earns a £1,000 an hour for her work as Peppa Pig. It seems the teenage star is all set to bank a lucrative amount by the time she is 21.

A source stated, “Harley is the most successful teenage voiceover artist in Britain right now. She is hot property and easily earns £1,000 an hour.” The source added, “She’s also difficult to replace as she’s mature enough to be a great actress but still has the distinctive voice families around the world know as Peppa.”

So far, the exact figures of Harley’s net worth and salary have not been revealed but we sure can imagine how much the young voice artist must be amassed. The franchise, which has been on the air since 2004, is reported to be worth hundreds of millions of pounds and the series’ merchandise is worth several million as well. It would be safe to say that Harley received a significant chunk of that wealth since she is the showrunner.

In addition to the series, Harley also voiced Peppa Pig for the charity single, The Official BBC Children In Need Medley, in 2009.

Although Peppa Pig is the biggest money maker for Harley, it is not her only earning source. In addition to voicing Peppa, the 16-year-old has also tried her hands in acting. A role in a short film named Blueberry was one of her first tries in the film industry.

Following the success of Peppa Pig, the starlet appeared as Piper in the Canadian-British drama movie, How I Live Now, in 2013. The Kevin Macdonald directed film, which was premiered at the Toronto International Film Festival that year, earned just over $60,000 at the box office in America.

Iain Armitage, a star at young age! Know more about him

Harley continued acting with a guest role in the tenth episode of the eighth season of the long-running British science fiction series, Doctor Who. The episode was titled In the Forest of the Night and premiered on October 25, 2014. More recently, she has also appeared in the Disney mini series, So Sammy as Sammy.

As of 2018, she along with her mother, Gill and father, Craig is residing near Tring. Her parents run crane and lifting firm GGR group which has a turnover of £22million a year.

Everything you need to know about The Young and Restless fame Erin Sanders!