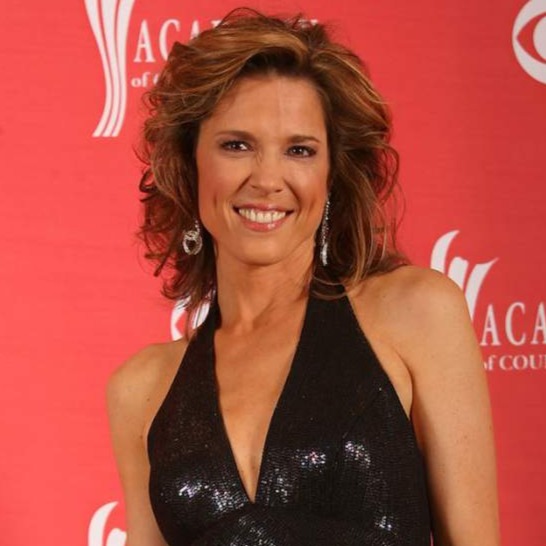 Hannah Storm is an award winning American sports journalist who hosted the NBA countdown show on ABC. She is serving as co-anchor of ESPN’s SportsCenter. She is the first woman to host CNN Sports Tonight.

Born on June 13, 1962, Storm received her formal education from Westminster Schools of Atlanta in 1979 and graduated with degrees in political science and communications from the University of Notre Dame in 1983. After graduation, she started a job as a disc jockey. From there, she went to a job as the drive-time sportscaster at a Houston rock station where she stayed for four years also doing hosting.

From 1989 to 1992, she worked at CNN becoming the first female host of CNN Sports Tonight. She then joined NBC. She became the first woman to host Network’s sports package including NBC Major League Baseball Games from 1994 to 2000. She was hired by CBS News in October 2002, becoming one of the hosts of The Early Show where she covered major news events like Hurricane Katrina, Super Bowls XLI, and XXXVIII, Iraq War, the presidential election of 2004 and 2008. She did her last episode of The Early Show on December 7, 2007.

In 2008, she joined ESPN where she was seen anchoring SportsCenter and other main events. She later hosted NBA Countdown, a pregame show, altering with Stuart Scoot until 2012-12 NBA season. She is also an author of two books: Notre Dame Inspirations and Go Girl. She is the founder of Hannah Storm Foundation and Brainstormin’ Productions. Estimated net worth of $1.5 million with a very high salary.

Born in Oak Park, Illinois, US, Hannah Storm is the daughter of Mike Storen who happens to be a sports executive, general manager of the league’s Indian Pacers, Memphis Sounds franchises, Kentucky Colonels and was the commissioner of the American Basketball Association and her mother, Hannah G. Storen happens to be a successful real estate agent in Texas.

Hannah has been married to sportscaster Dan Hicks since January 8, 1994. Her family consists of her three children: Riley, Ellery, and Hannah. On December 11, 2012, she became a victim of second-degree burns to her hands and chest, and first-degree burns to her face and neck while grilling at home. Soon after her recovery, she joined her work with a bandage in hand and hair extensions.

Hannah Storm is currently an anchor at ESPN since 2008. She can be seen hosting and co-hosting other programs and main events. She is active in social services and awareness programs too.