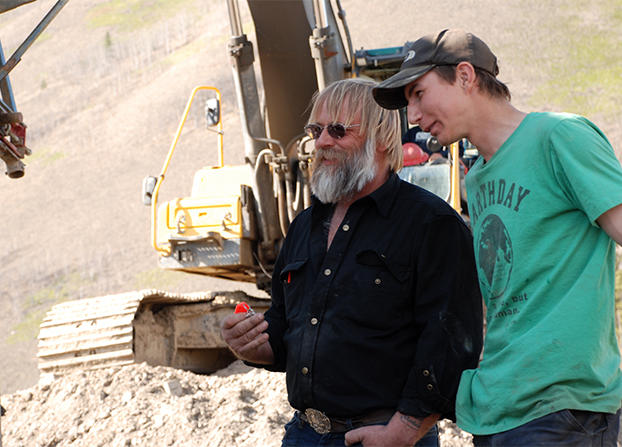 Viewers have noticed that Tony Beets is too hard on Parker Schnabel this season! We have got to learn Tony’s master plan to teach the young miner a lesson. Tony has a good start this season, already collecting 100 ounces from his last year’s dredge.

After their feud regarding the royalty rates Parker has to pay for leasing Tony’s land, he took a chance to try out on his land. However, the water problem didn’t favor his decision, and he had to get back to the old deal with Tony.

Amid all these, Parker almost suffered damage to his $1.5 million worth of dozer due to fire. As if the challenges aren’t enough for the 24-year-old, Tony has given him a 7-day ultimatum to pay him a deposit of $100k. On the other hand, Tony has got a situation in his favor. He says that the dredges from Eureka Creek can even set his kids’ life in mining.

He needs to make 260 ounces a week to stay on the track. However, with just 140 ounces this week, he is still far ahead of Parker. Additionally, Paradise Hill claim is one of the most successful grounds in the Klondike region of Yukon, owned by Tony.

Hurry up, Parker! You still have time to go head-to-head with Tony because you are on one of the best grounds keeping aside the high royalty you have to pay.

What is Gold Rush Jack Hoffman’s net worth in 2018?

What is Gold Rush Cast Tony Beets’ Net Worth?