Skip to content
Home » Entertainment » What is the Gold Rush cast net worth in 2018? 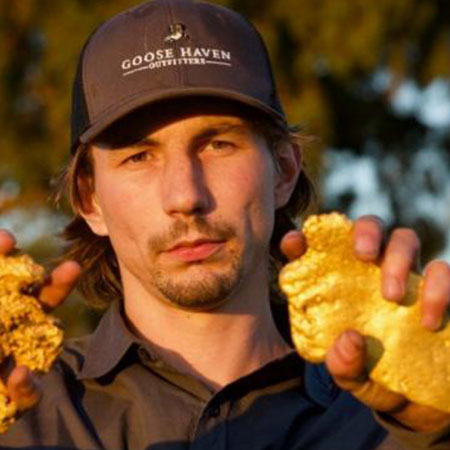 Gold Rush is an American reality television series which started airing on Discovery on December 3, 2010.

The show follows the seasonal gold-mining activities of various family-run mining companies in the Klondike region of Yukon, Canada.

Here is the net worth of each cast member featured in the Discovery’s hit TV reality show.

Todd Hoffman’s mining company, 316 Mining has been featured since the show’s inception in 2010.

He has an estimated net worth of $7 million. Todd and his crew have left the show after its 8th season.

Jack Hoffman persuaded his son, Todd Hoffman, to mine gold when they were facing a financial crisis.

The ex-military Bush pilot has an estimated net worth of $4 million.

Parker grew up working on his grandfather’s mining company, Big Nugget, and after graduating from high school, he took over daily operations of the mine.

He has garnered a net worth of approximately $8 million.

John was the owner of the mining company, Big Nugget, before his grandson, Parker Schnabel, took over the company.

He has accumulated a net worth of approximately $7 million.

After working in the construction business for over three years, he moved to Dawson City, Canada, to mine gold.

Tony has an estimated net worth of $15 million.

Rick joined the show from season 3 after he met Parker Schnabel in one of the concerts of his band, .357 String.