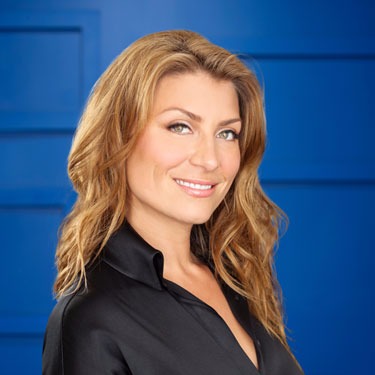 The multifaceted Genevieve Gorder is a 21st-century career oriented woman who is a host of Genevieve’s Renovation and Dear Genevieve on the HGTV cable channel. Alongside TV persona, she is an interior designer who serves as a judge on HGTV’s Design Star. Also, Gorder is one of the designers of the popular interior design makeover series, Trading Spaces, on the TLC channel.

Genevieve was born on July 26, 1974, in Minneapolis, United States. She took birth as the eldest daughter to American mother Diana Drake, and father John Charles Gorder.

Regarding her education, she completed her high school graduation from Minneapolis High School. She then attended Lewis & Clark College in Portland, Oregon taking the subject of an international affair. Later, Gorder became more influenced toward the graphic design course. A Few year later after settling down in New York, Genevieve received graduation degree with a BFA in design from the School of Visual Arts in Manhattan.