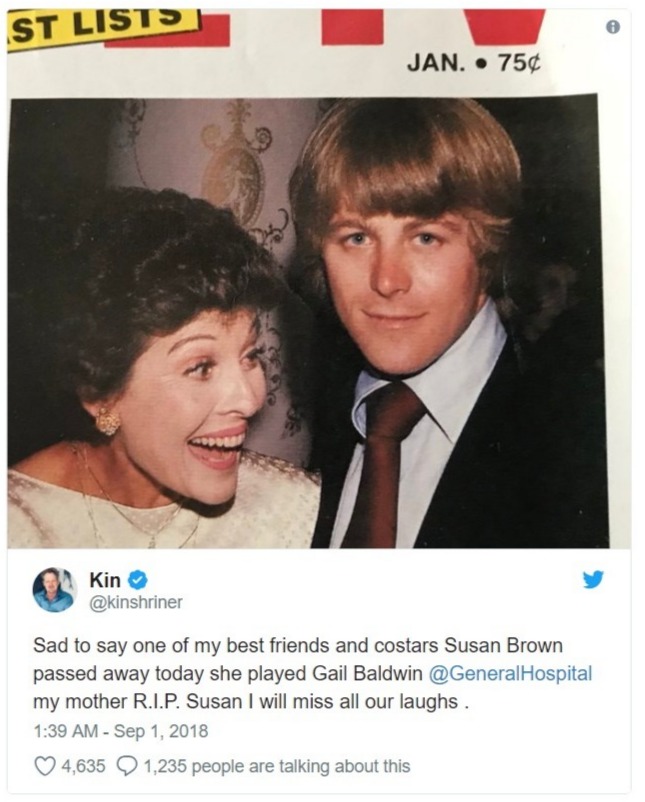 Time to say goodbye! The General Hospital alum Susan Brown passed away on August 31 at 86. She appeared in ABC’s longest-running entertainment program in 1977 as Dr. Gail Adamson Baldwin until December 12, 1985.

The Grammy Award nominee made the occasional appearance in the GH from 1989-1990 before returning in 1992 regularly. She last appeared in the show in the 2004 episode, which honored the late Anna Lee, who had appeared as Lila Quartermaine in the series.

She has appeared in soap operas, including, From These Roots, The Young Marrieds, Santa Barbara and Port Charles. Paying homage to Susan, GH vets including Kin Shriner and Jackie Zeman took to Twitter to share their warm words.

GH executive producer Frank Valentini also took to Twitter to share his heartfelt condolence. Her Santa Barbara and GH co-star, Nancy Lee Grahn, stated, “No one ever looked more beautiful while walking their dog 3xs every day” on Twitter.

The Queen of Soul Aretha Franklin has passed away at 76