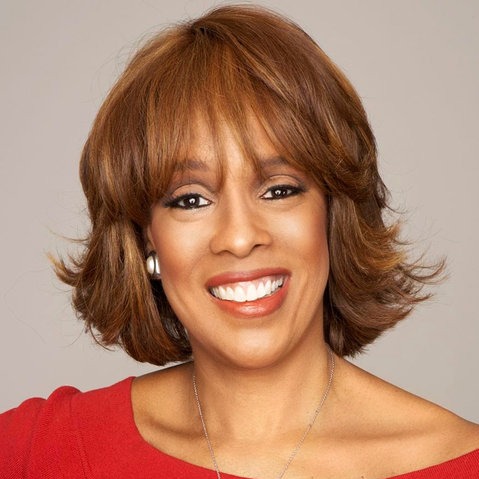 Gayle King has bagged a net worth of $20 million dollars from dedicating so many years in news reporting field. From beginning a professional journey in 1981, she has come a long way where she has served at various TV channels and hosted different TV shows. She is still unbeatable and running towards a successful path of her career.

She has been working in American news coverage field since 1981. During her long commitment in the media world, she has worked in various TV stations. Her initial work experience came as anews reporter and weekend anchor for WDAF-TV.

After that, she got designated as a news anchor for Hartford-based TV station WFSB. She committed 18 years of her life working at WFSB, during which she has hosted other TV shows like NBC’s daytime television talk show called Cover to Cover.

In 1997, Gayle got an opportunity to host her own television talk show called The Gayle King Show. However, the show didn’t run for a long period. It was cancelled soon after completing one season as the show couldn’t gather enough admiration from the audiences. So, in 1999, she began the new journey by working as a magazine editor for O, The Oprah Magazine.

She is quite active on twitter. Recently, a few months back in June, she posted a picture of News 9 OKC Food Host, Cary Ross who was doing a piece for The Oprah Magazine. She shares the picture through her twitter.

King turned out to be an eminent personality when she started to work as a special correspondent for the shows like Good Morning America and The Oprah Winfrey Show. In 2006, she began hosting a radio show called The Gayle King Show on XM Satellite Radio.

Three years back in 2013, she appeared on Good Morning America to showcase some of O’s picks for the best gifts of the holiday season. Check out this video.

That same year, there came a rumor about her that she is replacing hosts Star Jones and Rosie O’Donnell in the show called The View. However later, gossipy tidbits ended up being false.

On 3rd January 2011 she started hosting a new show called The Gayle King Show on Oprah Winfrey Network (OWN). The show ran successfully for 10 months until 17th November 2011. After the end of the show, she was offered to work as co-anchor of CBS’s show CBS This Morning.

Gayle didn’t refuse the offer and since then she is still serving as co-anchor of the CBS’s popular show. She has traveled a long journey to reach the place where she is today.

From devoting over two decade time working in different TV slots, Gayle King has collected gigantic net worth amount of $20 million dollars. In the future days, the amount might increase as she is in a top form of her career.

Besides experience in many TV shows, she also becomes a part of several motivating programs. Here’s the picture where Gayle King was invited to be a part of the leadership program. We hope all fortune and good days in her future days too.