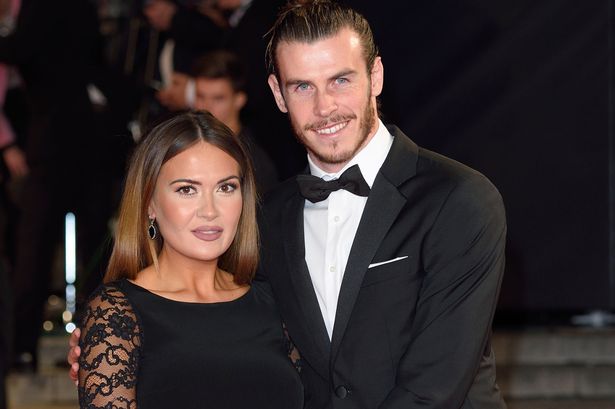 Gareth Bale recently entered into parenthood for the third time. The Real Madrid forward shared the first snap of his baby boy on Twitter.

Bale and his partner of years, Emma Rhys-Jones have announced the arrival of first baby boy in family via Twitter on Tuesday morning.

Bale shared the big news with his followers tweeting a picture of the newborn. He captioned the post,” We are delighted to welcome a baby boy into our family this morning. Axel Charles Bale 08.05.18″ 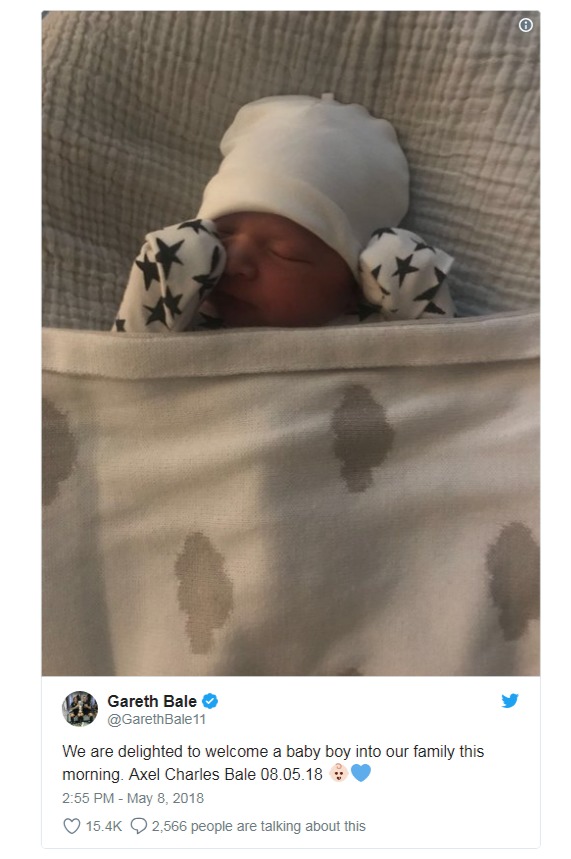 While his future is in doubt after a difficult season, he somehow is looking forward to reclaim it all at the Champions League final. Well! His son’s babygrow which has evocative Champions League logo, says so.

Bale shared the news of the arrival of new baby on March 9 on Twitter with a image of white-colored babygrow, socks and a cuddly bunny. 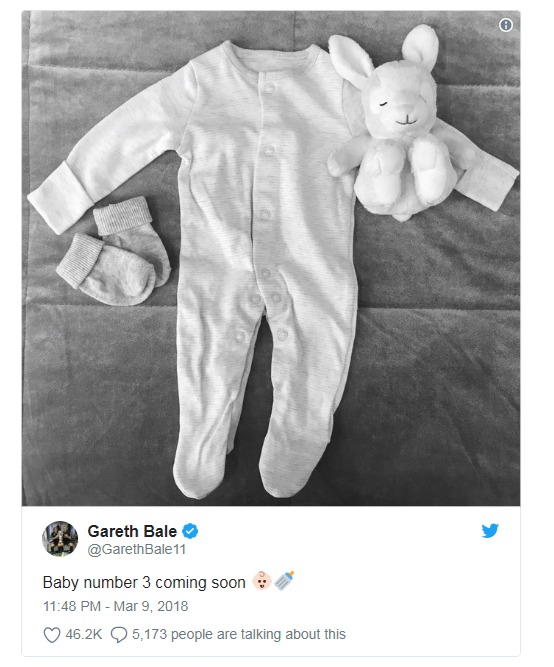 Bale first met his now-fiancee at Whitchurch High School in Cardiff. After dating childhood sweetheart for years, Bale got engaged to Emma in 2016. They are parents to two daughters, Alba (5-year-old ) and Nava (2-year-old).